For  Montessori the focus in Geography  is on the interconnectedness of human beings and life.  In the second plane Geography is approached by presenting the whole universe, and in doing so inflaming the imagination and answering the questions of the reasoning mind.  Wonder and curiosity are encouraged in response to creation, the forces of creation

Story of the God With No Hands

The Story of Creation – the first Great Story Just like now, people in the past used to wonder where things came from.  They would be sitting outside, listening to all the sounds, the calling of the birds, the crashing of the waves, the whisper of the wind through the grass and they would wonder where

Examining the Nature of the Elements

Notes: This is a series of experiments given after the ‘God with no Hands’ parallel to ‘Features of the Earth’ and ‘The Sun and the Earth’,to help build the child’s imagination to see that which is not readily experienced.  We show the results and effects of phenomena which shape physical geography, e.g. erosion.  We want

Features of the Earth

Basic Composition of the Earth (early work) Material Description: Chart 6A, experiments as necessary. Method: Quote directly from the ‘Story of the God with No Hands, ‘The particles calmed down and joined with each other, forming new substances, the heavier ones went nearer to the heart of the Earth, while the lighter ones floated above

The movement of Sun and the Earth

The Sun and the Earth Chapter Notes: This chapter focuses on the relationship between the sun and the earth, it is a key chapter in Geography. It relates to the, ‘God with No Hands Story; rocks, water, air, solids, liquids, gasses, today as it was yesterday and millions of years ago, the laws are obeyed 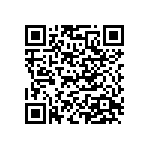