Discoveries made by children about their language Casa They discover a great deal of vocabulary through the ‘enrichment of vocabulary’ That they can make their thoughts, feelings and ideas visible to others with the Sand Paper Letters and Moveable Alphabets They can find out what other people are thinking with the use of the symbols

The Story of Communication through Signs

Setting the Scene; Remember how we talked about the creation of the Earth?  And how the plants came, and frog with it’s voice, and the insects, the animals and at last, when the Earth was ready for them the Humans came.  Then we had another story about the Coming of Humans, the story of the

The Development of Written Symbols

Story Remember the Greek Alphabet, the story of the Ox and the House and how it all came down to us, eventually we were given the Sandpaper letters.  When I told you the story I said that some people wrote on the barks of trees, some wrote on clay, others wrote on stone, some people

The Story of the Families leading to the English Language

Story “Remember how we looked at how much time passed before human beings came to Earth and how they arrived when everything was ready.   We think that humans spoke to each other from the beginning wonder what did they think about and what did they talk about.  Perhaps they talked about the food they

Story on the Development of the English Language

Story English is an amalgamation of many languages, remember how we said there was a group of people who moved over from Russia to the west, three groups of peoples came to England an brought their language with them, the Angles, the Saxons and the Jutes.  Each group divided England into different regions, seven kingdoms

Etymology is the study of the origins of a particular word, it comes from Etymos (Greek) for true. Material Description: It might be found in the booklets of Nomenclature cards, dictionaries and Etymological dictionaries. Method: We give it when it is helpful to the understanding, it is an integral part of the presentation, to be

Why do we teach the elementary child about grammar? The aim is to enrich the child’s language, develop the art of communication and stimulate their interest.  This meets the child’s needs during this sensitive period for socialisation. It helps the child become conscious of aspects of the language they already know, especially the order, structure

We consider nine parts of speech; noun family article adjective noun verb family Adverb verb joining words prepositions conjunctions The interjection or exclamation The pronoun In Casa the symbols are given to show the patterns in language, the words change but the patterns of the function remain the same. The symbols are used to make

Introduction This work meets the needs of the child in this plane, it is based on the natural development of children and language. Word study includes: Analysing the structure of words Analysing aspects of words which are not available to children’s senses Classifying words according to their structure Exploring the relationship between words It is

Story of the Naming Word Material Description: Black pyramid symbol, bible, telephone directory Method: This story is given to a small group of children, it can be told with drama. ‘Remember that we said it was so useful when the human being named the things around them in their environment.  It was as though they

First Presentation – The Study of the Article Material Description: Article Grammar Box II Noun and Article grammar box, filler box IIA, with long cards ‘a tree’ and one copy of the three articles, ‘a’, ‘an’ and ‘the’ symbol box. Method: Oral Introduction An exercise for two children, bring the symbol box. Begin with an

Introduction The children will have completed a great deal of work with the noun family and will be familiar with the noun box, symbols and impressionistic chart.  They will have the impression of the noun as a very solid, stable part of speech.and that the noun is not easily used.  The red ball which is

Material Description: Symbol for the adverb, smaller orange circle and other symbols, grammar box 6 and filler box 6a. Method: Oral Introduction Ask the child to perform a verb and then modify the action with the adverb, for instance ask both children to ‘walk…quickly..slowly’ and then comment on other differences in the way they walked. Activity In

Material Description: Symbol for the conjunction, pink line and other symbols, grammar box 8 and filler box 8a. Method: No oral introduction Activity In the same way as the verb, here one example has no conjunction, but has two sentences, the other example is joined by a conjunction. For example, ‘Do  not look this word

Material Description: Symbol for the preposition, green crescent and other symbols, grammar box 5 and filler box 5a Method: Oral Introduction Take a box of beads, put the beads inside the box, above, by the side of the box, in front to of the box. Activity In the same way as the verb For example,

The Study of the Pronoun

Introducing the Pronoun Material Description: Pronoun grammar Box 7, Filler Box VIIA, symbol box Method: Oral introduction Say to a small group of children,’When I want to talk about something I want to do I don’t have to say my name, I can say, “I can talk, I can walk, I can sing”, I am

Material Description: Interjection Grammar Box, filler Box IXA, Box of Grammar Symbols Method: Activity Show the child where the grammar box is kept and ask the child to arrange the long cards, and shuffle them.  One child reads the first phrase from the long card, say, ‘This is such a special exercise, you have to 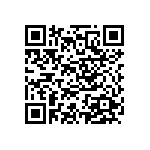