The Story of Communication through Signs

Remember how we talked about the creation of the Earth?  And how the plants came, and frog with it’s voice, and the insects, the animals and at last, when the Earth was ready for them the Humans came.  Then we had another story about the Coming of Humans, the story of the men, women and children just like you and me.  We talked about the gifts they brought with them and what they did.

(allow the children to remind you of what they did)

From the beginning we think that Human’s must have spoken to one another, using grunts and laughter, they would give different objects names so they knew what each other wanted and they could warn people if there were dangerous animals, let people know where foods were growing and tell them about good places to shelter if they were travelling.  They would want to tell others about exciting things they had see during the day and comfort the children who were scared.  But they could only tell the people they met these things and as we know people have hearts to love those they hadn’t met.  You can hear me now because we are close and if I wanted to speak to someone outside I could open a window and shout loudly, but what if someone comes after we have gone home, then they can’t talk to me.

In the past people had the same problems, they wanted to leave messages to warn others and tell each other good news.  At first they probably used pebbles, arranging them in certain patterns to tell people things, or they drew pictures with paint.  They might have looked a bit like this.

A long time ago Sumerians began to make signs using a wedge shaped tool called a stylus.  They pushed the tool into soft clay and it made an impression, when it baked in the sun it went hard.  People used the signs they made to make books and they had whole libraries filled with this special writing called ‘cuneiform’ writing, (it means wedge shaped from the Latin ‘cuneus’).  Can you imagine how excited the people who found these libraries were?

(pass around an example of a Sumerian tablet)

Another group of people who lived in Egypt painted beautiful signs on walls and carved them onto stone.  They discovered a plant called papyrus, a reed which grows along the River Nile, that they could use to make paper and made brushes out of plants and ink from soot.

(show an example of hieroglyphs)

During the time of the ancient Egyptians there was a group of people called the Phoenicians.  The Phoenicians could travel all over the seas on boats to sell silver, jewellery, spices, silk and Tyrian Purple, a very special dye  from a special shell used for making beautiful indego clothes.  They like to trade things quickly to make lots of money and so they travelled all over the area meeting new people who spoke different languages.  They were very impressed by the writing of the Egyptians and thought it would be a useful way to write down all the things they bought and sold so that they could find out how much money they had made, but the writing of the Egyptians took a long time to make and not everyone could understand it, so they decided to make it simpler.  They could see that the Egyptians made messages using some pictures and some signs which told you how the word sounded.  The Phoenicians decided that they would draw shapes to show the sounds made when you said the word.  We think that they had between twenty or twenty two signs which could make the sounds to describe all of the things they bought and sold.  The signs looked like everyday objects.

The Ancient Greeks also liked this idea, they wanted to use it to write down things that they thought were important, they soon forgot that the symbols were supposed to look like oxen and houses, they just knew what sound they made so the letters began to look different.

The Romans came later and thought having an Alphabet was going to be really useful, they could write down their plans for building roads and send messages throughout Europe, to make sure that the soldiers and governors were working together.  Because the Romans liked to make carve words on their favourite buildings they decided to make the letters simpler.

So, you see the signs used by the Phoenicians were used by many people and spread throughout the world.  Eventually they got passed down to us.  We have them now in the Sandpaper Letters.  When you know the Sandpaper Letters you can write your own ideas to tell people what you are thinking.  You can read messages from people you have never met who live on the other side of the world, or people from the past.  We can send messages to our friends when we are on holiday or send them cards to wish them a Happy Birthday.

Even though making the alphabet happened a very long time ago, I can use it today to tell the story to you!

The Story of Communication – Notes

Charts 1 to 5, shown with the text of the story .  These charts are not standard Montessori charts and so have not been included.  It is necessary to find ones own examples and make the story relevant to the children’s language.

To introduce the story of written language in a way which develops appreciation for the beauty and simplicity of the child’s own language.

We explicitly show that the alphabet is a means of making the sounds of language visible.

We begin with The Story of Communication through Signs, the  story of the written aspect of language because it is tangible and relates to what the students already know, an experience they have been through themselves.

The second part of the Story of Language continues with Oral Language, this is given later.

This Cosmic Story relates to Cosmic Education because it is a great tool, making modern Human Society possible. The method behind the teaching of language is detailed in Chapter 11 of the Absorbent Mind.

This story is alternatively known as The Story of the Ox and the House.

This story is given early in the year, opening up exploration of Language in the Second plane.

Continue to explore any aspect of the story, according to the children’s interests.

We begin with the Cosmic Story to appeal to the child’s imagination, this is given in two parts,

There are various other stories to give to children later, including 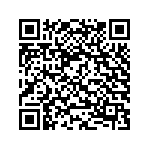