Story on the Development of the English Language

English is an amalgamation of many languages, remember how we said there was a group of people who moved over from Russia to the west, three groups of peoples came to England an brought their language with them, the Angles, the Saxons and the Jutes.  Each group divided England into different regions, seven kingdoms in total, about a hundred years ago these seven kingdoms united under the King Alfred the Great.

When people moved they brought their culture, language, traditions , songs and poems with them.  The first English great story was passed down by word of mouth, in the Oral Tradition. It was called Beowolf, and it told the story of Beowolf and his adventures.  First it was told in Saxon and then in Anglican, before it was written down much later.  The story was written in the West Saxon dialect, many copies were made but the only one that still exists today is in the British Museum in London.  Although the story was written in the West Saxon dialect, Anglian is considered to be more closely the true ancestor of English.

However, many people helped to make English, missionaries speaking Latin came to England in the sixth century and give us the words, Pope, Bishop, School, this language was used by the Church.  From the fifth to the eleventh century people used Old English which is very different from Modern English.  During the seventh, eight and ninth centuries the Vikings came from Denmark, Norway and Sweden, in Longships and brought many of their words with them, such as ford and fjord. After the Battle of Hastings in 1066 the Normans came from France, they brought their French words which the aristocracy spoke this language in Court, the Royal Palace only the peasants and the serfs spoke Old English.  The French like to cook and they gave us the words ‘beef’, ‘pork’, and ‘mutton’, while the farmers spoke Old English and used the terms for the animals, ‘ox’, ‘pig’ and ‘sheep’.

The scribes who wrote were from rich, educated families, so they spoke and wrote in French, which meant that they could write very beautifully and carefully about what the rich people were doing.  But when they tried to write about the poor people they made lots of mistakes.  The poor people, who were either peasants and serfs spoke in a different language to the scribes and they weren’t really sure what they were saying and the scribes wrote in a very decorative, complicated cursive scrip and sometimes they weren’t sure how many strokes to make. The mistakes the scribes made have influenced our writing, so changes in spelling, but not pronunciation came into the language.  For example; the word for son has always been said the same but was written down as sumu (Old English), sone (Middle English), son (Modern English).

When we use the pronoun I and write it as a capital letter, this is because the Normans wrote it like that, we don’t write other pronouns like, ‘he’, ‘she’, ‘it’, ‘they’ with capitals do we?

Chaucer a Great English writer, in the fifteenth century the English language was influenced by classical, Greek and Latin, the language of Science. In 1862 Edward III opened parliament with a speech in English, the dialect he used was that spoken in the area of London he lived, and that became ‘Standard English’, until then French was used for all important people and events.  Until recently this was the voice which was heard on television and radio.  Now we hear lots of accents and dialects.

Lets see how English is used outside of England…today we use English in Germany when people want to speak to each other but one or more of them isn’t German, if a French person, an Indian and a Finnish person meet they might all speak some English as a second language. They can use English to ask the way to the restaurant, the time that the film is showing or at work in International Companies and use English in meetings to make all of the important decisions.  This is because lots of people who speak other languages also speak some English. In the world 1.8 billion people speak some English and 38% of Europeans can speak enough English to have a simple conversation.  Because German, English and other European languages have the same ancestor language, Proto-Indo-European, we can recognise parts of each others languages quite easily and we share the same words for many things, what examples can you think of?’ (names for planets) or follow some similar pattern (what is that, it’s a blue shoe)

Notes on the Story of the Development of the English Language

This could be given to a small group of interested children.

Open up an interest in the History of Language.

making maps showing the migration of people and languages 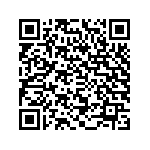