The Story of Geometry

No material is needed

‘This is really a story about how geometry got it’s name.  We know from studies about the Egyptians that their lives centred around a very important river, the River Nile.  Egypt has been called the ‘gift of the Nile’ and ‘the Mother of Geometry’.  Century after century, year after year the Nile overflowed it’s banks and washed down the black mud from the surrounding mountains.  This mud made very fertile soil, which gave the Egyptian farmers really good crops.  Each year the floods washed away the markers that the farmers used to mark their boundaries.  As you can imagine, year after year they had to find a way to put back the boundary marks.  This kind of measuring taught them a great deal about Geometry.

An Egyptian surveyor was called an Harpedonapta, he would walk along with three slaves behind him carrying a rope with special knots tied in special places. The rope was used to make a special triangle with a ratio 3:4:5, by bending it where the knots were to made a right angled triangle.  At the time the Egyptian’s didn’t know why it worked but they noticed that no matter how long the rope was as long as the ropes were placed at 3:4:5 it would make a right angled triangle, which was very useful to them.  Remember they didn’t know what it worked, they just knew it did.

Hundred of years later a Greek merchant visited Egypt because he was interested in the wealth of knowledge Egypt had.  Thales was his name, he was a very successful businessman, who became so successful and rich that after a few years he was able to retire and devote all his time to earth measurement, mathematics and astronomy.  Earth measurement is actually what Geometry means.  Thales learnt about astronomy from the Babylonians, however it is not for his contribution to astronomy that we remember Thales, but for his contribution to mathematics and especially geometry, because Thales was so curious about the reasons behind things that he created a system of logical thinking which gave birth to the science of geometry.

Pythagorus is another well known person, he was taught by Thales and probably visited Egypt, on his teachers advice, to study the earth measurement that went on there.  When Pythagorus was around fifty years old he went to a town in southern Italy and gathered together followers who became known as the Pythagoreans.  If we studied the Pythagoreans  it would strike us that many of their ideas were far fetched, they did study geometry, they were only interested in the abstract side of mathematics, and they greatly expanded on Thales’ work, using deductive reasoning and found logical proof around certain geometrical fact; they proved that when using a right angled triangle in the proportion of 3:4:5, which they got from Egypt, that the area of a square drawn on the longest side is always equal to the sum of the area of squares drawn on the other two sides.  This theorem explains why the knotted rope of the Egyptians works.

Now, lets move on to the year 400 B.C. (or before Christ was born) to a place around a mile outside Athens, there was a walled garden called Academia, which was named after the man who owned it, Academos.  This was where the great philosopher Plato taught.  Plato thought games should be used to help people learn and that they should be given interesting problems to study, he had very strict rules for his grown-up students to follow. Over his door he had a sign saying, ‘let no man destitute of geometry enter my doors’.  Infinity was a puzzling problem for Plato, so to avoid a construction which involved Infinity he has another strict rule, which was, that only a ruler and compass could be used for geometric constructions.  Around 300 B.C. a man called Euclid wrote the best selling book on geometry of all times, this book actually consisted of thirteen books, each written on a separate piece of parchment, this entire book was called, ‘The Elements’, this book helped to train one of the Presidents of the United States of America.  At the age of forty-five Abraham Lincoln studied and mastered the first four books of ‘The Elements’ simply as training for his mind.’

Opens up doors in geometry

To see connections between subject areas, this story helps the children to see the influence of history on geometry.

Cosmic element is to see how other people in other places at other times contributes to the child’s lives.

Give this story in 10 minutes

Story format appeals to children in this plane.

We use this story to introduce possibilities, the children do not need to have abstracted all the Mathematical concepts.

It is given at around age six, after the children have settled, are familiar with laws, multiples and factors, decanomial, be beginning long multiplication, be beginning congruency, similarity and equivalence lines and angles.

Any element of this story or any person which appeals to the children can be expanded and developed later.

This story may lead to work in History or Geography rather than Mathematics.  The key thing is to gain their interest and motivation. 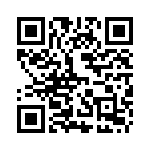