Why teach Elementary children about Geometry?

The origins of geometry are useful;

The sensorial work in the Casa lays the foundation for later work, at Elementary, for Geometry.  There is material for dimension, the cylinder blocks, the Geometry Cabinet, it’s presentation tray gives the three fundamental shapes, and goes on to classify two-dimensional plane figures and the Botany cabinet which classifies shapes from the natural world and the constructive triangles which allows her to see that the scalene triangle produces the most shapes.. The presentation tray shows the key to shapes;

Form is given with the Geometric Solids, the child will have worked with simple mathematical equipment, a pencil, ruler and eraser.

The child has also been presented with the language as she works and will have used the Nomenclature Cards for reading exercises, these continue to be used in Elementary to re-introduce a known concept with the relevant language or as a resource.

The metal insets can be used to make two-dimensional designs, inside or outside of the frame and then using large paper to make design using colour and paint, and thirdly tracing the paper design one idea at a time to see how it grows.  Depending on the level of the children’s knowledge the fractional value can be discussed.

These activities are expanded.

The work done is creative, with concrete, manipulable materials which offer chances for the children to reach abstraction, doing this they become conscious of what they have previously absorbed.  It brings together the rational mind and the imagination.  We do not give geometry as an end to itself but to give the possibility of intellectual experiences and exploration, but to nurture the human characteristics appropriately in this plane of development.  Logic is used to reach conclusions, what is being explored is not normally accessible to the senses – so we use concrete materials to allow the hand to facilitate the child’s intellectual exploration. Children work at Elementary with the essence of the theorems which will be seen again in Adolescence.

It is important to follow the prerequisites for each chapter and the order of work; from point, to line, to surface and then solid, as each one is composed of multiplies of the previous ones.  The children, social in this plane, are interested in relationships between one idea and another, we begin with congruency, similarity and equivalency, it is geometry to suit the psychology of the child.

The charts were used before the manipulative materials were made, 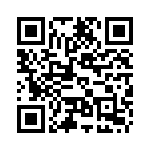