Etymology is the study of the origins of a particular word, it comes from Etymos (Greek) for true.

It might be found in the booklets of Nomenclature cards, dictionaries and Etymological dictionaries.

We give it when it is helpful to the understanding, it is an integral part of the presentation, to be given naturally.  Obscure or irrelevant etymology should not be given.

The use of dictionaries should not be isolated, but part of a lesson with natural meaning.

In giving Etymology we hope to engage the Elementary child’s rational, reasoning mind, which asks ‘How?’ and ‘Why?’ in response to discovering new concepts and vocabulary. Older children enjoy knowing that some words are from different countries and cultures, it helps them to realise the contributions people have made in different times and places and see how the language has developed through time.

It helps to develop the child’s vocabulary and to help them with their understanding of it’s meaning and in their ability to memorise and recall new words by forming imaginative associations in the mind, (e.g. barysphere, which means bary – heavy and sphere – ball from the Greek).

At the beginning of the twentieth century people because curious about the History of Language and they came up with various theories, these were early explorations into the origins of language.  Children may find it fascinating to learn that, like them, adults have struggled for a long time deciding where language came from.

These are further described at

Our modern understanding is based on histories of the earliest languages and the study of language development in children. 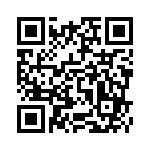