This work meets the needs of the child in this plane, it is based on the natural development of children and language.

It is the study of individual words;

Prefixes and Suffixes are word elements which are always attached to a base or root (the root is the word in it’s simplest form) the prefix or suffix narrows or changes the meaning.  Most suffixes and prefixes derive from Old English, Greek and Latin, usually they have no intrinsic meaning, but some of the more common ones imply a meaning.

Compound Words combine two Primary Words e.g. ‘postman’, both words have meaning, words which are commonly put together to mean something specific and are hyphenated are included, e.g. ‘egg-cup’

Word Families are a group of words with the same root, e.g. ‘woodwork’, ‘woodland’, ‘wooden’

We use handmade charts and Moveable Alphabet Box III.  The charts present an initial idea and later the child can design her own.  The Moveable Alphabet Box III help the children to build up words in contrast colours to indicate roots or primary words, to reveal the structure of the word and for their spelling by combining memorisation with manipulative skills which requires more conscious thought about which letter comes next.

Build up a personal dictionary and dictionary skills, it builds on mechanical reading and work with the parts of speech.

Chart 1 shows common suffixes(vertical list of many words, with examples of words with the same root, but different suffixes running horizontally) and Chart 2 (paired examples of root word and root with a suffix with a common  endings, e.g. ‘er’, ‘ly’, ‘er’).

‘Today we are going to do something different’, show the children where the coloured alphabets are kept and bring two colours.

Take the children to the Suffix Chart  and ask them to read a line each.

Take the children back to the table.

Ask the child to check her spelling, as the second child write the words she remembers and checks the chart as necessary, during this time the first child can go to see other words and write them.

When they have written a few lines ask the children to read a string of words and comment that, ‘It sounds like there is something similar’, ask the children to separate their words into roots and suffixes, ‘Lets make a space between the parts that are all the same and the difference.’

‘Now would you like to change the colour of the part that is different and rewrite it.’

Say, “These parts of the words have no meaning’, indicate the suffix, read the suffixes, and say, ‘These parts with no meaning are called suffixes’, look on the table for other groups of suffixes in a loose three period lesson, ask the child to find an example on the chart.

The children continue to work with more words and eventually think up suffixes of their own.

Straight after or soon after,

Bring the suffix chart to the table.

Ask the child to identify a suffix on the chart and then read the whole word.  Give the term suffix and then ask them to use it.  Explain that the part with meaning is called ‘a root, the root is the part that the rest of the word grows from’.

Next bring black Moveable Alphabet III, ask the child to read a group of words. Ask the child, “What is the root of the word…this time from the very beginning decide what the root is and write it in black and the suffix in whatever colour you choose, you can include ones like, ‘school – scholar – schooling’, which follow rules, indicate that you think there will be a rule, plant the idea and investigate it later, keep the focus on the work of the root of the suffix.

Key to the structure of words, in particular using the suffix

Further exploration of the language that they already know

No prerequisites but the Story of the Coming of Language through Signs and some knowledge of the language, mechanical reading.

Say, ‘Today we are going to do something new, remember we did the suffixes, now I am going to show you something else’, take the Prefix chart to the table and read one chain of prefixes. Ask the children, ‘Is there something in there that you hear all the time?’  Both children read several strings of the word, ‘There are a lot of X and something else’

Take a coloured and black moveable alphabet, ask the children to return the chart and if they remember the words they read before. Give the term prefix and then ask them to use it.  Explain that the part with meaning is called ‘a root, the root is the part that the rest of the word grows from’.  Ask the children to return to the chart on the wall, pick a new word and write the root of the word in black letters and the rest in any colour.  Ask each child to make two or three examples.

‘What is the root of the first set of words?  What do you think it means?’, what do you think each whole word means? With one word, pretend you don’t understand a word as an opportunity to use the dictionary with the children.  Ask the child to read the definition, even if the child knows the word this introduces the dictionary naturally, shows that the definition is more expansive than they thought and emphasises that the prefix doesn’t stand alone.

‘This part of a word is a ’prefix’, ‘pre’ means ‘before’, and ‘fix’ means ‘to place’, in Latin we have ‘prefigure‘ meaning to ‘place before’.  Remember the suffix, then we put a particle after the root, this is a prefix, we put the particle before the root.’

The children continue working with the given words, use coloured pens, think of their own words and use the dictionary.

Key to the structure of words, in particular using the prefix

Further exploration of the language that they already know

Chart for Compound words (list of many compound words), collection of items which are similar and do a different job, so make compound words, Black and one Coloured Moveable Alphabet.

‘What have I got here?  It’s a little collection of boxes, they are all used differently, how could we describe this one?’ (paintbox), (pillbox) (ring-box) (sweet-box).  Ask the children questions with answers giving compound words, ‘What kind of light comes from the moon? and the sun?  These are the kinds of words we will talk about today.’

‘Go to the Compound Words Chart, the child chooses a word and comes back to the table and says it, the question is posed, which part is the root?’  (Ask the child which part is the most important part, there is no answer, it is simply thee child’s exploration which is important). The child chooses which she thinks is the root, e.g. moon or light.  The children write it in black letters and the other part in coloured letters.  Ask the children to do this for several words, show that the root could be at the beginning or end of the word.  Review all the words they have made, reading them and asking if they are all words.  ‘When these kinds of words, which are made up of two words with meaning by themselves, are joined together to make an entirely new word, they are called compound words.’

Key to the structure of words, in particular using compound words, showing how words have changed over time and altered in their common usage.

Further exploration of the language that they already know, helping them to make further discoveries, helping with spelling, vocabulary and total reading.

You can use hyphenated or complete words, explaining that when they are hyphenated they are in the process of becoming complete compound words.

Take a word, like ‘water’, make a list with the children in black and a coloured pen of compound words with this.  This shows that the root is subject to context.

For older children give the following examples from Old English and ask them what they think they have changed into, for their own enjoyment and to link the History of Language and the changes which probably happened because of pronunciation.

The Word Families Chart (chart with an assortment of words with prefixes and suffixes in a random order) and three Moveable Alphabets, black and two coloured.

Go to the Word Families Chart, say, ‘Each row is like a little family’.  The child chooses a row of words and makes them with the prefix and suffix in different colours and the root in black, she does this for a few strings of words.

Tell the child that, ‘words which can have prefixes and suffixes, or both are called ‘word families’, they have a root to which you can add so much.  The meaning of the common root is what gives all these words there meaning.’

Key to the structure of words, in particular using word families showing how words have changed over time and altered in their common usage.

Further exploration of the language that they already know, helping them to make further discoveries, helping with spelling, vocabulary and total reading.

Here we use words with the same common root, with a root at the middle or end of the words, avoid compound words in your example.

Continue to encourage to check their spellings on the chart, check the meaning in the dictionary, identify rules and discuss the language.

You can see how the words changed over time and place, how old they are and where they come from could be plotted on timelines and maps. 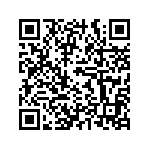