The materials introduce two-dimensional shapes, there are fourteen shapes and variations of these.  The third series of cards represents each shape as a thin line, a shape is the space inside the outline.  These materials move from the concrete shape which can be held and felt by the fingers as they run along the interior shape on the back of each card to an abstract inside a drawn line.

A wooden cabinet with six drawers and one demonstration tray, each painted blue inside and containing six wooden squares.  Most of the squares have a figure cut out with a knob in the centre to hold them by.  When the cut out is lifted, the blue background shows the shape of the cut-out

There is a framework on top of the tray to keep the sheets immobile, if the figures are not laid out as above then arrange them like this before presenting

Note: As with the other Sensorial Materials the most visually contrasting figures, in this case the triangle, circle and square, are shown first to make discrimination easier before the child is asked to grade.

Display the cabinet on an open shelf

Note: Points to keep in mind while tracing

Begin when the child knows the material fully

Exercise 2: The child uses the drawers independently, beginning at the top drawer and working in sequence

Exercise 3: The child traces insets from any two or three drawers at one time

To be covered in the three-part lesson, giving no more than three names in each lesson, to be taught when the child can discriminate the different dimensions without hesitation and before working with the geometric cards.

Game 1: This is also called a ‘memory exercise’ or ‘reverse pairing at random’

The child works with all the drawers of the cabinet, removing all of the insets and placing them at random on the working mat.  Place an indicator on the demonstration tray and ask the child for the corresponding inset.  The child traces the inset before placing it into the frame (bringing together the visual and kinaesthetic senses).  At first choose shapes from Drawers 1-4, later from Drawers 5 and 6.

Use the contrasting shapes first, in the above exercise and later similar ones, reflecting the principal with the Sensorial Materials of moving from extremes to grading shapes from Drawers 1-4.

Game 2: All three sets of cards are laid out at random, all drawers are placed on the mat at a distance.  The Directress hides one card and the child must find out which is missing by superimposing the shapes on the cards

Game 3: Play Game 2 but without the shapes as a control 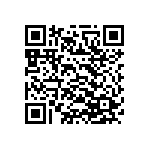