Two boxes each containing six cylinders: one set red, one set blue.  Each cylinder has a small quantity of beads (or other materials) inside.  The typeof the material inside the boxes varies with each pair; when they are shaken a different sound is created.  The sounds must be graded from loud to very soft.  Each cylinder in the blue series has an identical one in the blue to match it

To be covered in the three-part lesson, before the games; “Loud” – “Soft”; comparatives and superlatives 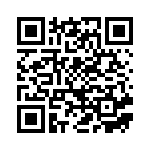