Show the child where the grammar box is kept and ask the child to arrange the long cards, and shuffle them.  One child reads the first phrase from the long card, say, ‘This is such a special exercise, you have to read the card silently for a minute and then decide how you will say it, when you are ready act it out’ e.g. ‘Wow! He sure is strong’. The other child places the cards and puts out the symbols they know.

The interjection is given, it is a gold keyhole shape which can be placed in either direction. ‘This is the symbol for the new part of speech, the word you used really expressed emotion doesn’t it.

Remove the cards which name the parts of speech from the Grammar box, name them, revealing the interjection last.

Say, ‘Do you remember how we talked about all the different parts of speech? Today we have used a new part of speech, it is a unique and special part of speech which is why it’s gold it’s really precious, it is called an interjection.’

Do a loose three period lesson with all the parts of speech.

All nine parts of speech are in this box

There are three filler boxes, the first box have some from North America, the second exclamations of shock and the third has animal noises, there is only one sentence on each card as each is unique.

This part of speech needs to be acted out, there is no transposition because this doesn’t add to an understanding of it’s function

The ‘keyhole’ symbol contains the energy and force of feeling of the verb in the circle and also a noun.

As this is such a spontaneous part of speech there are no command cards.

The most important aspect of this work is the dramatic interpretation of the word.

The transposition marks the beginning of Dramatic Art, the children are given the opportunity to interpret each Long Card with drama. 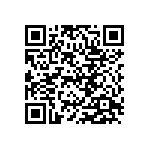