What are the File Drawings?

We compile set of Botany file drawings as a reference for ourselves, to help produce

Teacher trainees have a reference book with pictures, terms and the type of numbering to use. Nomenclature Cards enlarge the child’s Scientific vocabulary which is attractive to the child during her Sensitive Period for Language and provides her with ‘handles’ or ‘tools’ to internalise and communicate her knowledge about Botany.  The complexity of the word does not hinder the child’s potential to acquire it and the adult and child can learn the vocabulary together.  Offer the word first for the child’s auditory processing to prime her ability to read and write it later.

The Sensorial impressions are absorbed wholly to identify the parts real experiments occur in the Children’s House as practical encounters form concepts in the child’s mind upon which the illustrations offered later can ‘hang’ and the child will have a solid basis to refine and explore later.

These give experience in objectively analysing wholes into the material, geographical and chronological aspects or parts and enable the child to compare one whole with another whole.  By comparing, contrasting, analysing and synthesising the child re-experiences that which she already knows at a greater quantity and quality.

In Botany we begin with the most basic classification and gradually introduce her to Scientific organisation of details about the plant into ‘headings’ and ‘subgroups’.

The Directress must analyse what she will present using simple and accurate books for children and adults, with beautiful illustrations, local National parks may hold plant and animal identification walks, parks and petting farms may be visited where aspects of Botany will also be readily available, online sources and local Science Centres provide rich, quality experiences.  Ensure that the sources use the nomenclature you intend to impart and be aware that common names for plants vary regionally.  Keep a record of sources used, including authors, dates and websites so that details can be checked, amended and extended and so that if the material becomes damaged it can easily be replaced.  It is a  mark of professionalism to full understand the materials shown and keep complete, accurate records.

Nomenclature Cards give precise, technical and systematic terminology referring to Scientific entities.  They help the child to identify and assimilate the new vocabulary at the right time, in the right manner and for the right purpose.  In the Children’s House the child is given many opportunities to explore Geometry and once she is aware of the fundamental shapes she forms abstract concepts and is urged from within to verbally express her awareness, conveying her ideas precisely.   We support this urge through the cards with give the exact names of terms not commonly used with precision for her to absorb.  When she expresses her abstract awareness it becomes concrete, her thinking is further stimulated and she internalises the knowledge.

When she handles the Geometric figures her senses and movements build up a globalised consciousness around an otherwise abstract shape; that is she recognises a square, and not the sum of four lines meeting at right angles, to help her see it’s parts the square is broken-down for her to analyse into it’s parts and a variety of related shapes are given for contrast, to being out and isolate the intrinsic properties of a square, for example in contrast to a rhombus, a rectangle, a parallelogram.  Finally she is given the names of the components and the related shapes.

In the Children’s House the child;

Three sets of nomenclature cards are prepared around every aspect of human culture.  The cards are introduced when the child’s need for them arises during the corresponding Sensitive Period for language which drives the cild to acquire vocabulary and retain it with ease, satisfying her present needs and preparing her for future learning

A number of series, each placed in a correspondingly, illustrated envelope, (e.g. curvilinear forms). To mark it’s identity the envelope has a curvilinear motif on the top right corner and a corresponding serial number written in Roman Numerals on the short flap of the envelope in Arabic Numerals (representing the number of cards present and to aid the adult in her delivery of the ‘Three Period Lesson’

The envelope contains a variety of figures relating to the same topic (e.g. curvilinear forms) with figures on one side and a related Roman Numeral on the top right corner.  The card, being purely illustrated appeals to the pre-literate child who can become familiar with the figure and use it as a source of inspiration when she can write.  She requires the Directress to assist as an external Control of Error as she cannot check the nomenclature herself.

This set is offered to literate children, the envelope and the cards are prepared as in the first set, but now both envelope and cards have the nomenclature written below the illustration.  The Control of Error now lies solely within the material itself and the child is joyfully emancipated.

There are two types of envelope; firstly, some envelopes contain the illustration of nomenclature which the child has already received a ‘Three Period Lesson’, these are read for the pleasure of reading and to consolidate her Geometric knowledge, Reading skills and to familiarise herself with the spellings.  Secondly, some of the envelopes contain cards that the child is unfamiliar with, she reads the new names by herself and gives herself the first part of the ‘Three Period Lesson’, independent of the adult.

This set has envelopes with no illustrations, just a name.  On the cards there are illustrations but no names, in addition there are strips on which the nomenclature is written.  This set of cards is used by children able to read and who know the names relating to the illustrations.  In this set there are two types of envelope; firstly, ones containing cards which she has received from the Directress in the ‘Three Period Lesson’, which she reread and consolidated in Set 2 and secondly the cards which she learnt the names for by herself using the Set 2.

With Set 3 two activities are possible; 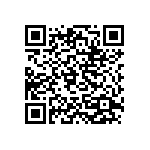