Powers, with a base of 2

Box for Powers of two:

‘Now I am going to take my unit and put another unit with it’.

Move the unit to the right and place another unit to it’s side a unit – ‘Now it has a power’, write 2

‘I am going to replace it’, take the cuboid and check it on all sides, ‘So what did I have? I had one taken twice, I have two, we call this two to the first power’, flip the ticket and write 2 to the first power.

‘To go to the next power I take my two to the second power taken once twice’. Move the pieces to the right, Take the block, check it on all sides and place it in front of the pieces. Write 22 x 2 on the ticket, ‘I have a new power, two to the second power, taken twice,  I have two to the third power’.  Flip the note and write 23.  ‘Do I have a piece to replace it with? , Yes I do’. Make the exchange,

‘To go to the next power I take my two to the third power twice’. Move the piece to the right first and then adding the other block to the side. Write 23 x 2 on the ticket, ‘I have a new power, two to the third power, taken twice,  I have two to the fourth power’.  Flip the note and write 24.  ‘Do I have a piece to replace it with?, Yes I do’  Make the exchange.

Continue till you have a stack of two taken six times and have written the ticket.

How did I make that? What I did is I took two to the fifth power twice and move the original part to the ticket 25.  Leave the other blocks and say, what did I do to get two to the fifth power? We took two to the fourth power twice, move the block of 24 over the ticket. Keep going till they are all replaced, put the extra unit on one side, the 26 ticket is left empty. Say, ‘I took my unit two twice to get to the first power. I can talk about my unit in terms of the power of 2, it is a unit to the zero power’. Take the ticket with ‘1’ written on it, reverse it and write ‘2 to the power of 0’.

To show the powers

This is a basic lesson with abstract ideas, therefore the lesson can be repeated many times.  Children who grasp the concept can present to the others, it is given to children around the age of eight.  It is sensorial, the ideas are abstract but the children are not being asked to abstract.

We make two to the power of six and then undo it to reinforce the work, it is how the power of zero is introduced.

On another day, say to the children, ‘We call two the base and the little number is called the ‘exponent’, this comes from the Latin, ‘exponare’, which means to expand.  We repeat the base the exponent number of times.’

After the Wooden Hierarchical material with gives groups of ten, this work is presented soon after the work with squares and cubes of numbers and the notation.

Make the movements before writing the notation

The powers using a base of three

Powers, using a base of 3

Box for base of Three:

This is a similar presentation to the power of 2. Begin introducing the zero power, as the children are now familiar with it.  Put out the three yellow cubes and write a ticket 3 and then flip the ticket and write three to the zero power 30.  Can I exchange the blocks? yes, do this

To get to the next power move the three to the right and add two cuboids ( the three yellow cube and a white cuboid). Say,’I have taken three to the zero power three times’ write 3 to the power of 0 x 3, say, I have three to the third power’ flip the ticket and write 31’.  Exchange the blocks.

‘I want to taken this to the next power’,Move other the blocks to the right, and add another two, ‘I have taken three to the power of one three times’, Write 31 x3, ‘So what have I now?, I have three to the second power’, flip the ticket and write 32. Exchange the blocks

Continue to three to the power of six

Do this as for the base of two, only now the children may have been shown the power of zero at the beginning.

Say, ‘We have been talking about the powers of numbers, can you lay out the wooden hierarchical material’, then layout the cards saying their names, ‘This is the decimal system and deci means ten, our numbers use the base of ten, so what do we have here? Pick up the card with ‘1’, ‘this is a unit’, turn over the card and change it’s position by ninety degrees, this is ten to the zero power, the unit is the first group and we know the first group has no power, zero power.’

Move to the card with ten. ‘Now we have ten, this is our first group’, turn over the card, ‘we have one unit to the first power, that is a unit to the power one. ’How do we get to the next group?’ (we times by ten), so what have we got?’ Turn the card of 100, ‘I have ten taken ten times, ten to the second power’

Ask the children if they notice anything about the number of zeros.

The children may notice that their are the same amount of zeros as the number in the exponent.

They notice that the geometrical pattern point, line, surface is repeated

To give the child access to keys, emphasising the relationship of the powers to their own number system.

Material for the squares and cubes

‘Today we will do multiplication with the powers using the same base’,

Place another six cubes, three on either side to show three to the fifth power, making a square.   (this is the surface)

Say, ‘I will take two to the fourth power, how many is this? Indicate the multiplier. Ask, ‘What does this mean? Two squared taken sixteen times’, the child should recognise two to the power of four as sixteen. Remove a sixteen pieces to form nine cubes, ‘I have to build in the powers of three’

Give more examples till the children make the discovery.

The answer is twenty-seven to the second power, which can be made into three to the third power.

Build the dividend, five to the fourth power, (following the pattern point, line, surface, take a cube, which is to the third power and then making five cubes in a line)

As we are dividing to the power of a cube we leave the pieces in cubes and separate them, saying, ‘I want to know how many times five to the third power is contained in five to the fourth power (five) and what do we know about five (it is the first power) Lay each cube out alone counting, ‘one times, two times, three times…five times’.

The answer is five to the first power.

Help the children to come to the discovery.

If the base is the same all you have to do is subtract the exponent.

Children notice that when the base is the same all you have to do is add the exponents.

We do operations with the same base.

Children can be told that their is a convention in Mathematics that for numbers to the power of zero the exponent does not need to be written, 3 plus 0 is 3.

When the children have worked with the powers of 2,3 and 10

When the children are familiar with the geometrical pattern (point, line, surface)

Exponential notation with the decimal system

Now I will take the number 200, this time I will write it in terms of exponential notation,

‘There is another way of writing this, we can taken out the multiplication symbol because we know that when you put brackets, you multiply what is outside the bracket by what is inside the bracket.

We can express it like this, the numbers outside the brackets are called the co-efficient’

‘Beginning with the units,first, expand the addends using exponential notation, then we translate them back into decimal system numbers’

‘And then we add them’

‘It is necessary to exchange, do not show this on paper’

To do this the children must have discovered that to multiply exponential notation with similar bases by adding the exponents.

First multiply the multiplicand, beginning with the units and then add the exponents.

Then add the multiplications with both the units and tens multiplier.  Finally transforms the decimal numbers and add them.

Do this when the children have worked with the materials and have realised that to divide the exponents of numbers with the same base must be subtracted.

Firstly, expand the decimal numbers into exponential ones. As you can’t divide the dividend by the divisor, three by five, you multiply what you subtract the exponents, here the power of four minus the power of three, to give the power of one and then work with what you have left (3 x10) and divide that by 5.

First expand,divide the dividend by the divisor, 75 by 15 to give 5 and subtract the exponent.

This helps the children to understand the powers of numbers.

It gives a new form of notation and prepares for scientific notation.

These are simple exercises, based on the work in Casa when they used the decimal system cards, with the long multiplication whey are used to analysing the numbers on the bead frame notation paper.

With the keys which have been given with the addition and addicting in what they already know about multiplying and dividing with numbers with the same base, the children can do this work. 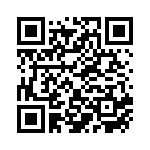