The Story of Number – The Fifth Great Story

Briefly, recall the story of Communication, emphasising how the alphabet came to be written down so that people could talk to each other even when they weren’t actually there.

‘Today we have another story, the Story of Number.  It’s a story from a long, long time ago.  We don’t know how or when people came to discover number or who started making numbers first.  We can imagine that they would need numbers, just like we do to count how many children there were in the village, to share food out equally, to put the right amounts of things together when they cooked and to work out how long it would be before the sun went down or how far someone would have to walk to get to the river.  These questions all involve counting.People who study number agree that everyone needs someway to count, some people count with 1 and 2, others with 1,2 and 3, some people count with 1 of something, which always means alone and more than one.  We cannot tell what were the first numbers because no one wrote them down, they were used when people spoke. They would have needed some way to record how many things they had and remember  where they were up to.  Some people used their fingers, others used pebbles, shells, knots on a string or notches made in a piece of wood.

The Malayan people counted with pebbles.  They kept a record of what they had by using a pebble to represent each one, say a farmer wanted to know how many pigs he had, he might put a pebble down when he saw one and keep going till he had counted them all, he would count how many pebbles he had placed and know how many there were all together.

How do we keep records today (yes, the bank, post office)

People talked a long time before they started to use signs for different parts of their language.  It was an even longer time before they made marks to show numbers, we don’t know when they began.

Remember the group called the Sumerians, who used the wedge shaped stick?  They used the stick, called a stylus, to write down their ideas in the soft clay tablets  and bake them hard so they could keep their records.  They wanted to write down as much information as they could clearly, in a small, neat way and understand it later, they didn’t want to make a mark each time they saw something, it would take too long and use up too much space, imagine if they wanted to write a really big number. They made different signs for significant numbers so they had less marks to make.  They used the same mark for 1 to 6, when they got to 10 they made a different mark by turning the stylus on its side.  They kept going till 60 and then changed the direction again.

Perhaps you would like to try to do additions with these large numbers after the story.

The Egyptians also used signs for numbers.  They used pictures of things they saw everyday by their River Nile to represent the numbers.  They saw quite a lot of lotus flowers and tadpoles so they used them to represent numbers.  My favourite is the picture of an astonished man which they used to represent one million, I think he’s shocked to find out he has counted to so many things.  The Egyptians put these pictures together so that they could easily read large numbers, farmers could keep records of how much wheat they had grown. Maybe after the story you would like to try subtraction using the Ancient Egyptian symbols.

The Chinese had numbers which look like pictures, there are some of them, they still use these today.

Do you remember the Story Communication, how the Ancient Greeks took the signs for the alphabet that the Phoenicians used and wrote with them?  The Greeks also decided that they needed to write down the numbers they used, perhaps they saw how another group of people were counting and borrowed some of their ideas.  The Greeks decided to use the first letter of their word for each number and use it to stand for the number

Here we can see that five in ancient Greek was the word ‘pente’, so the Greeks wrote P to mean 5, they wrote P like this …

The Romans took the signs that the Greeks were using to make their alphabet and they took their numbers too, changing the numbers to look like this.

Have you seen these signs before?  (yes, on clocks, chapters, at the end of television programmes and on some of the work we have here which I will show you later called the Grammar Boxes)

We don’t know where the numbers we use today come from exactly, people probably began by drawing sticks (draw a single horizontal line, two horizontal lines and then three horizontal lines).  If you write these numbers down quickly, because you are busy buying and selling things, it would look start to look a bit like this (draw a single line and joined parallel lines).  Numbers like this were found cut into a rock in a cave in India.  When the Indians traded with the Arabs they used these numbers, they are the beginnings of the numbers we use today, they are called Indo-Arabic Numbers. The Indians also traded books about numbers, the people who read the books and saw the numbers thought they looked like a really good idea and the writing of the numbers spread all the way from India, throughout the Middle East and into Europe, where we live now.

People discovered that with the numbers one to nine and zero they could make any number they wanted, even really huge numbers

These numbers were written by hand for a very long time, when people started to print numbers they made them look more simple, like the ones we have today, because that was much easier for them.

That’s our Story of Numbers, if you were a child living in Ancient Greece, Rome or China your work with number would be even more complicated than it is today!’.

Notes on the Story of Number – the Fifth Great story

Useful resources for making them include; ‘The Makers of Maths’, by Alfred Hooper and ‘Number stories of long ago’ by David Smith

Human beings took something common in their environment, pebbles, sticks, lotus flowers, to symbolise a number (they used what they had)

It opens up the Arithmetic in the Casa and the idea of Invention, linking children with inventors, while the story of Communications through sings focuses on the cleverness of Human beings.

This story has been shaped for European children, edit it to fit the children you work with.

Give this lesson to children from Casa, it is more interesting to those who know the four operations and others who are interested.

Leave the charts out on display for the children to explore, they can make the charts themselves, they might be interested to explore the parallels between the Sumerians, Greeks and Romans in this story and communication through signs 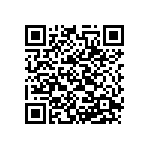