Montessori believed that Humans have Mathematical Minds (from Pascal) and that Human Minds engage in Mathematical Activities almost as an instinctual drive, as a characteristic of our species which gives us a predisposition towards mathematical thought knowledge and progress comes from accurate observation…the warp into which all of the riches of perception and imagination is fundamentally a matter of order’ (Absorbent Mind Ch 17).  She believed that looking at History, mathematics and scientific accuracy are inevitable e.g. The Great Pyramid by Cheops is a square based pyramid, precise in measurement to within a few inches, built long before the invention of the set-square, music and poetry, architecture e.g. Newgrange, planned 5000 years ago, daily mathematics in cooking, driving, involves ratio, spacial awareness, without being conscious of it we ask, ‘how long?’, ‘how many?’, ‘what time?’.  From the beginning children use Mathematics in their daily lives to judge and make predictions.  Mario Montessori thought that the powers of abstraction and imagination were two unique human attributes which come together to make us mathematical by nature.

Fundamental aspects of Mathematics include

Arithmetics in the Casa

In the Casa there is the order of the Environment and the atmosphere, the materials, presentations, the consistency of the adults behaviour.  The sensorial materials give gradation while within the pieces of material and between sets of material there are relationships, quantities are expressed with the red rods, materialising length, width and height.  Symbols are given through marks or characters taken to represent an object or an idea.  The system or base is given through the preparation for the base ten, with the number of materials of dimension and the red rods give the length of a meter at intervals of ten centimetres, the size of the Nomenclature cards and Geometric two-dimensional shapes are always 14cm 2.  This preparation happens over a long period of time, with sequence, gradation and classification pointed out indirectly, they are more readily understood consciously later on because of the indirect preparation for them.

During Casa the children make the following discoveries;

Here we continue to follow the child’s pace, keeping them moving towards abstraction, not pushing them away from the material nor tying them to it.

Work in Elementary fits with the second plane child’s interest in society, so we connect Maths with the History of Civilisations, Arithmetic, like all areas, is a part of Cosmic Education. The materials now appeal to the reasoning powers of the child, the hand continues to be the instrument of the mind, so concrete materials with which to manipulate are given.  The importance is placed on the mental activity which occurs while the child works, the child enjoys group work and the challenge of big work which are made possible with the material.

This progress is such that by the time they are seven or eight years old they can deal easily with elementary algebra…Because mathematics are made accessible to them no matter how young they are; accessible, but not imposed…[the child ] when urged by interest; he can deploy unhindered the mental and physical energy required to satisfy that interest…Dr Montessori made arithmetic tangible to the children by using a collection of objects that made clear the relations of quantity…The children themselves, started a prolonged activity consisting of manipulations in making and unmaking combinations: there faces depicted the same joy as when they were “playing”…When a certain degree of inner organisation had been reached the child lost his interest in the special material he had used and proceeded abstractly.’ (Fonte: Maria Maontessori:/Winfried Bohm, 1969)

Some reflections concerning the natural development of the mathematical mind/mario M.Montessorisen.// In”: Around the child-Calcutta:The Association of Montessorian. -(1959), p.34-36 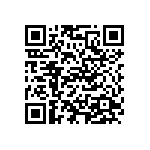