Montessori describes tendencies as ‘life forces’ or ‘natural guides’ which drive man towards activities which  aid his needs for survival,  and fulfilment.  Montessori argues that man’s needs are not only physical, for clothing, food, shelter, but also spiritual, culture, are, social networks, the desire to think, explore, reflect and contribution and emotional, the needs for love, protection, security, freedom, respect and to be able to listen to others and be heard.

To ensure that these needs are met all humans experience innate tendencies, which are the same throughout histories, cultures, and nations, they are an essential ingredient in being human, while they correspond to an animals instincts they have an unconscious creative potential.  In each person the tendencies manifest differently a unique blends of different strengths of tendencies lead to the manifestation of different action and as one tendency is strengthened it makes it more likely that other, related ones, will emerge into expression.  In different cultures certain tendencies are more highly valued and more likely to be expressed in typical ways.  They link us together as a social network while making us unique.

Mario Montessori explains that unlike physical drives mental tendencies give, ‘suggestions, inspirations and problems [which] give no peace until they are satisfied’ (M. Montessori, Human Tendencies and Montessori Education, p.25), thy are hungers encouraging us to develop throughout our lives in order to construct an integrated personality and self actualise, which is in harmony with our particular place, time and local culture.  If tendencies are allowed to be acted upon they result in a healthy, congruent psyche, while if tendencies are stifled mental and social problems arise and the psyche is said to be maladjusted.

All humans are born with a tendency towards Order and Orientation, to adjust to their physical and social environments and to acquire a basic self-knowledge, security and independence.  To develop the tendency of order exploration led by curiosity are needed, the desire to move, touch, crawl, handle objects, taste is led by a wish to understand the environment and the individuals in it, seeing the people the child’s tendency to imitate comes forward, helping to co-ordinate the body the child watches, imitates and later perfects with her own style behaviours needed for survival and to contribute to the culture of her local group, doing so she builds muscle, skill and obtains social recognition.  This process is known as work, in which the tendency emerges to repeat an action observed to gain exactness and in doing so a feeling of satisfaction emerges which helps her to perfect and gain self control.  The action is not simply copying but based on the tendency towards creative imagination, where reality observed is not only mimicked but also abstracted and then subject to imagination it can change to be used with artistic finesse or as a technology to aid respond to new situation.  The ability to abstract and exactly copy is due to the innate tendency of the Mathematical Mind which can judge distances and co-ordinate.

Abstraction, order, imitation and co-ordination are very necessary for the building of the tendency towards communication or group orientation where the child learns the roles and personalities within her family and how best co express her wants and needs to them.  When she is accepted into the group the tendency to be gregarious emerge, language eye contact, being held meets needs for security and mark her success at adapting to the group.  The tendency to become a spiritual or cultural being emerges with artistic and cultural contributions and acceptance of an abstracted belief system around which the group coalesces.

As one tendency develops others are strengthened as they interlink, while if one is blocked others are also inhibited.  If curiosity and exploration are no encouraged order cannot be comprehend well, making co-ordination and the Mathematical Mind suffer, abstraction becomes difficult, language and communication are harder to access and gregariousness and the spiritual being are stunted.  While if imitation is not permitted as the child is kept apart from adults exploration and curiosity cannot meet their goals.

If the tendencies are allowed to manifest it follows that by the age of 3 a child should be a physically independent being, toilet trained, able to dress, feed, speak clearly, use a good range of vocabulary, handle stairs and run well and will have an understanding of the groups social habits and expectations, allowing her to judge causes and consequences of behaviour.  Socially she will be confident able to work with one or two peers, but also entertain herself, solving simple problems alone.  By the age of 6 she will be able to plan her activities, be physically independent, responsible, able to follow instructions or verbally discuss problems she has, able to co-operate and work with others, maintain her dignity and be emotionally stable, able to reason an think with increasing abstraction and imagination.

A child whose tendencies are thwarted will develop, but will have many more difficulties, and may acquire the following maladjustments, becoming shy, aggressive or emotionally turbulent,may be clingy and dependant, have less confident in her abilities and therefore reluctant to try to solve problems, work with others or try to explain her problems; she may be too shy to ask for help or explode into an argument because of bewilderment, she may develop neurosis and phobias.

An adult assisting a child has a vital role in recognising the spontaneously arising tendency, especially in relating to the sensitive periods, and allowing her to operate with freedom and choice within a safe, stimulating environment so that the tendency has an opportunity to manifest.  The expression of one tendency is likely to lead to the expression of others, it will strengthen the Horme, lay positive experiences in the Mnene as the child has experienced the satisfaction of meeting her own needs and knowing her needs matter to others.  The child does not want to be helped but to say to the adult ‘ want it for myself’ (M. Montessori, Human Tendencies and Montessori Education, p.37)

The Universal Needs of Humans  (in summary) are:

Maria Montessori identified ten human tendencies, which aim to meet the above needs, they are: 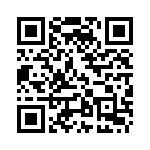