The Absorbent mind is the name Montessori gives to the child under six years because she felt the infant has a qualitatively different mind than that of the older child and adult. The Absorbent Mind is dominated by a love for the environment, social norms and those people a child is born to, referred to by Montessori as the ‘Link of Love’, he is attract to all aspects of his environment and wishes to imitate and be like the adults who surround him. This gives him an inner focus and attention which allows him to ‘absorb’ to all of his experiences, in the same way as a sponge he soaks up his surroundings unable to discriminate the useful from the useless, the positive from the negative, order from disorder or have any concept of ethical behaviour.

The child is also born with needs which must be filled for it’s physical and spiritual survival, such as food, shelter, protection, love, society and tendencies which provoke intense interests and repetitive activities, during the sensitive periods, to help the child meet his needs. The absorbent mind is a characteristic of all children, throughout all nations and cultures of the world and has remained similar since the origin of the species. The absorbent mind is characterised by an involuntary and non-selective drive to absorb information and experiences and in this mission it has a limitless and indefatigable capacity, working instantaneously and permanently absorbing the totality of an experience.

The senses allow the absorbent mind to explore the world, through hearing, seeing, touching, tasting, smelling and moving the immediate social environment is stored from the moment of conception and these experiences form the basis of the intellect, memory and will, when the infant reaches two and a half the experiences stored will be acted upon by a conscious worker who consolidates the unconscious learning which took place earlier.

The “Physical Embryo’ is used to refer to the child from conception to two and a half years old, this is a period of creation, largely self-creation, where the cells divide and multiply, the body is formed, the sense organs develop and immune system comes into being. However it is not the case that the body develops and then the mind because the nerve centres of the brain develop before the organs they direct, the visual centre, for example appears before the optic nerve so while this period is unconscious it is still directed by the mind. The body forms in a biologically precise and ordered way and responds to human voices and music while in-vitro displaying its innate predisposition for human culture.

Montessori defines the ‘Spiritual Embryo’ as developing after conception to three when he continue to develops in a manner consistent with it’s development in the womb, continuing to physically grow, his bones ossify and the nerves gain coats of myelin, his sensory organs tune themselves to their environment and he learn to co-ordinate his movements and orient itself himself so his hand knows his foot and his hand knows objects in the environment. The psyche continues to be fascinated with human speech and to construct his powers creatively. Montessori states that, ‘the child at birth, bears within him constructive possibilities, which must unfold by activity in his environment’(1).

At three years this unconscious mind reaches a conscious stage of consolidation where the experiences recorded by the child’s senses begin to be acted upon and the child makes decisions about how he explores and tests his physical environment and the social relationships and hierarchies in his family. At this stage he is aware also of himself and begins to use the pronoun ‘I’, he is self aware and know what he wants and is able to ask or it or get it himself.

The reason why human babies remain relatively physically inert, in comparison with other species, and without powers of speech and behaviour is that unlike other species, who are governed by their instincts, humans adapt to their local culture. Rather than instincts the ‘Spiritual Embryo’ has potentials and the powers to actualise them, so he can incarnate the environment, language, movement, behaviour and culture of his society. To help him to do this the absorbent mind has two powers; the Horme and the Mnene. The Horme is a drive which supplies the Spiritual Embryo with a desire to act on his tendencies to fulfil his needs during the appropriate Sensitive Period and to have the energy to make the developments necessary at this phase. It is compared to the will, but is unconscious, more similar to a reflex or an adrenalin rush in an extreme situation in which the conscious mind is overwhelmed and acts on impulse to achieve extra-ordinary tasks. The Mneme is the Absorbent Minds ability to store information and experiences instantaneously and with perfect accuracy and detail as ‘engrams’, allowing him to retain all the early conquests, so, for example, he is able to absorb all aspects of speech even those which are irregular. As all of his impressions are imprinted and the Mneme is an unconscious power both pleasant and unpleasant experiences are recored forever and very difficult to trace and modify, with negative experiences in this phase leading to neurosis and phobias in maladjusted adults.

The absorbent mind is likened to a camera which immediately picks up all the details of a scene and records it permanently and objectively. Whereas an adult mind is likened to a oil painting in which the painter takes time to slowly build an image which highlights some details and omits others, subjectively making parts more or less attractive than they appear in reality and with the possibility of reworked the image later, just as the adult memory is selective, subjective and subject to changes.

The special nature of the absorbent mind helps the infant to acquire movement, language and behaviour patterns which are locally appropriate. Under the influence of the tendencies towards curiosity, work and imitation the child acquires human movement which is very different from that of other species, by the age of one he can walk without help and is able to choose purposeful action with his hands. The child listens to human speech, watches the movement of his mothers mouth intently and begins to babble and make spit bubbles by the age of one he speaks his first word. For these behaviours to occur in a child who does not have access to human society requires years of practice, painful effort and expert help, whilst during the absorbent mind it is acquired perfectly, easily and joyfully. The infant enjoys taking part in imitating and refining the behaviour activities of adults he sees around him and follows their social norms and manners with ease and joy.

As the child absorbs everything he is exposed to it is critical that the child be exposed to positive experiences, that is his needs are met and he is able to fulfil his tendencies at the sensitive periods without strife and conflict, he should not be exposed to discord and tension as this will deplete his energies which when allowed to direct themselves will cause joy and wonder at the world. Acting on his energies independently secures and develops the Horme and the achievement of doing so is deposited in the Mnene causing him to have positive expectations about his abilities.

In order for his Absorbent Mind to function at it’s highest capacity the infants environment should be both ‘alive’ an ‘stable’, that is it should be a moving environment, he should be able to interact with his family, and seeing adults interact with the aspects of it the features take on a special quality of intense interest to him and he will wish to explore, imitate and interact with his environment, stimulating tendencies towards curiosity, work and self-perfection. The environment should be stable, an ordered environment allows a child to orient himself and feel secure by giving it a quality which can be ‘known’ to the child which essential if he is to independently respond to his environment. Not only should objects be in their place but relationships between people should be consistent and moods should be honest but avoid swinging between extremes. 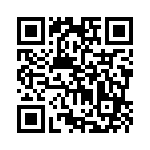