This usually begins the work with the plant, it is an interesting beginning because this part of the plant makes the food.  You may begin by looking at plants and talking about it and it’s needs.  At the 6-9 level we focus on the sun as the sole source of food, rather than chemical feeds.

Main Presentation – The Story of the Function

“Leaves need water, which they get from the root, water is made up from atoms, two hydrogen atoms and one atom made from oxygen.  The green colour and the sunlight together are able to separate the hydrogen and the oxygen.”

Chart B – to show the separation of the atoms

“Each little leaf is life a food factory, The hydrogen and the carbon dioxide form the air are cooked together to make the food.  The oxygen isn’t needed so it goes back to the air as waste.  Remember that we said that each little leaf is like a factory, it works during the day because it ends the sunlight.  That is how the leaf makes the food.”

Given after the results of the Needs of Plants experiments.

Leave the chart out to provoke questions.

The other aspects below are features of the story which you pick up on in a very spontaneous way.

In response to the children’s questions you can show the following in any order,

However, if the children are more interested in the root go to the root first as the aim is to illuminate the child’s mind in relation to the function of the leaf.

The Leaves Need for Light

Plants in the Environment, Chart C

The children can carefully gather leaves and sort them in groups according to the three categories,

To position of leaves on stem

Emphasis the variety and cleverness of the leaves

Go outside to look at the plants

A variety of leaves especially Geranium leaves, microscope, slides, water in a can

As a response to child’s question, “How does the carbon dioxide get into the leaf?”

“Each little leaf has tiny pores on the underside of the leaf, called Stoma (Stomata plural) which is a word that comes from the Ancient Greek word for ‘mouth’.  That’s what happens, when the little mouths open they taken in Carbon Dioxide and when they have enough they close and at the same time oxygen goes out.”

Strip the leaf along the vein, to get a large part of the transparent underside. Put a portion of the ‘underskin’ on the slide, with some water and the other slide.

Invite the children to look for the Stomata which has an oval shape.

“Really the stomata is made of two cells called Guard Cells and it is these leaves that open.  If you have leaves that grown in a pond, like lily leaves that have their stomata on the ‘topside’ of their leaf.”

Plants give off Moisture

Later reform the group examine it with drama, ‘I thought this bag was dry.  Where did all this water come from? The water must have come from the leaves’.

Say, ‘Think about all the plants in the world, together they must make a huge drink for the sun’

To reflect the Cosmic aspect ask the children if they can think os anywhere in the world that would provide a huge drink for the sun (rainforest) and a really small drink for the sun?’ (desert)

Plants give off Oxygen

Observe the bubbles of air emerging from the plant.

Ask the child, ‘Where do you think these bubbles come from?  How do you think it happened? Do you remember about what the leaf does (make food) How does it do it?’  To bring them to the conscious realisation of what they that already know, that the plant is making food it gives off Oxygen

Parts of the leaf in relation to their function

A variety of leaves, include ones which were used in the story.  Have single ones  and ones grouped leaflets and ones with diverse structures.

For follow up, Nomenclature cards for the parts of a leaf

‘Because they need the light the leaves, which are made up of cells spread out.  The cells fit together like bricks in a building, you can’t really see them because they are so tiny but they are there.  Do you remember when we looked through the microscope to see the guard cells?  The part of the leaf that stretches out to the light to make the food is called the lamina.  To keep it extended there are harder parts of the leaf that keep it stretched, they are on the back, see…they are called veins a word which come from the Latin ‘Veine’ meaning ‘tube’, they are hollow little pipes that carry water and food to the lamina.  Most leaves have a little ‘foot’ to help them move in different directions to go towards the light to catch the food.  This little foot is called petiole, which is Latin for ‘little foot’.  Around the leaf is called the margin.”

The children explore a variety of leaves and their different veins, lamina, petioles and margins.

After the experiments with the leaf

Give the Nomenclature Material to reinforce and repeat with variety, ask them if they would like to name it, write with them.  The children may want to write it and draw for themselves.

The children can read Botanical books.

A variety of leaves, include several ones which show varieties of

‘We talked about the veins when we looked at the leaf, when we look at this leaf they are in parallel lines, we call it parallel venation’ (show the children and then see what others you can find)

‘Here we have other leaves where the veins are running in all kinds of directions, this kind of venation is called reticulate venation, from the Latin ‘retna’, which means ‘net’’

Later talk about the types of reticulate venation,

(show the holly) “This is pinnately veined, it come from Latin ‘pina’, meaning ‘feather’

(show sycamore) “This leaf has a stem which is divided into major branches, like fingers on the hand, it is palmately veined, because it looks like a hand’

After ‘Parts of the leaf in relation to their function’

Give the Nomenclature Material to reinforce and repeat with variety, ask them if they would like to name it, write with them.

Show a plant in a transparent bottle with a tap root

‘Plants have different types of leaves, some like the oak, sycamore, geranium and maple have a single lamina, whereas others like the horse chestnut, rose, rowan and mountain ash have a group of leaflets which go together to make up one single lamina.  If the plant has a single leaf it is called a simple leaf, the ones which have many leaflets have compound leaves.  So, let’s go out and have a look.’

‘While we are out looking you will need to know how to work out if the leaves are simple or compound, you have to look at the beginning of the petiole, where the leaf joins the stem. There is one bud per leaf, so you can see if it is compound (many leaflets) or simple (one leaf).’

The children go to see the plants and collect samples

The place where the petiole begins, joined to the stem is called the axel

Refer the children to the nomenclature cards

Pictures and name slips for from the nomenclature material for the venation of the leaf.  Large collection of leaves

With a group of children

‘Remember we were talking about the two types of venation, do you know what this is’

Show a picture of Reticulate leaves from the Nomenclature cards, show the of a Parallel leaf.

Part 2 (for the older children on a different day)

Do the same but only with the name cards, they can use the Nomenclature material or books to find out.

Repetition and abstraction, just using the symbol or name – fixing some aspect of the plants and opening their minds to further ways to define and classify

An opportunity to explore and analyse using their own knowledge

After the language is known

Adaptation and other functions

Examples of the leaves you refer to if possible

‘We know that the main function of the leaves is to make food, but some leaves do other jobs to’

‘This brown, transparent part is a special leaf. The plant is a special kind of leaf which protects the green leaf when as it comes through the soil, they are called ‘bracts’

‘This leaf also makes the food but it also protects the holly leaf from animals which might like to eat them. The leaves high up on a holly plant don’t have thorns.’

‘Some leaves don’t taste very nice, that’s because they don’t want other animals to eat them .  These leaves taste really bitter.  It’s important not tpo try eating leaves you find, some are poisonous and can make you very sick’

‘The hairs on this plants leaf stop it loosing too much moisture from the leaves, it lives in a hot place, even though we are in a cool place the plant brings it’s adaptation wherever it is.’

‘In cold areas the plants have changed their leaves into needles so that they don’t give off too much water.  The ground they live on might be frozen, and so the plants can’t use it.’

‘This plant lives in the desert, it needs to keep all the water it can get and protect itself so it’s leaves have turned into thorns and now the stem is green and it makes the food.  When the rain falls the drops go from thorn to thorn and fall on the soil.’

Children become full of wonder about their environment

After the language is known

The following words can be given 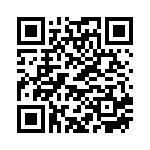