Introduction with a story relating to function of parts

Results of experiment 3 and tree circles

‘If all the plants remained on the ground there would be so many leaves on the floor, the leaves would all be trying to get light and many might die.  Remember the ‘great struggle’? The ‘great struggle’ is for light.  The stems bring the leaves upwards into the air, towards the light, where they can spread out and get as much light as possible.  The stem has a tendency to grow upwards, we have an experiment to show this.’

Show Roots: Experiment 3 – the direction of the roots

‘If we look around us we see all kinds of stems, if we look at the Germaniums, the plant has a soft, herbaceous stem, herbaceous, comes from Latin, ‘herba’ meaning grass.  Herbaceous stems have a shorter life.  Out of the window we can see trees with woody, thicker stems, which grow year by year, getting taller.  Stems do another job, as well as pushing the leaves towards the light they also have pipes inside them which help the water to travel upwards.  we have an experiment to show this.’

Put the stem of the celery or while tulip into the cup and wait.

‘We will look at the experiment later.  Trees are really clever because their special pipes are just inside the bark, so they are protected from the heat, cold and animals which might attack them.  Trees like the Oak, Willow and Sycamore make a new set of pipes each year.  At the end of the year these pipes die out and the next year the tree makes a new set.  The living pipes are always at the edge, the older pipes were made when the tree was young. These old pipes make tree rings, which tell us how old the tree is.  We will go out and see some soon.’

Show an example of this is possible

We tell an impressionistic story of the function.

We emphasise the need to protect the bark, giving information about non-visible features for the first time.  We stress that the living parts are near to the surface and so they mustn’t be damaged, while stressing that even the dead cells help the living cells, keeping the tree upright.

Later you give the terminology

Give the parts later, Phloem, Xylem and Cambium

How do liquids move up the plant?

I wonder how the water gets up to the top of the stem, if we look at a very tall tree we know that the water must get right up the the very top.  As we know the story of the waters journey begins when the root hairs take water from the soil.  The water is taken in by the cell and the cell swells, it passes he drop of water onto the next cell and so on to the next cell, it’s like one way traffic, it cannot be passed into the soil again.  The drop of water eventually reaches the root because of the pressure because of the drops behind it.  This pressure is not enough to bring it all the way up to the leaves, we know that leaves give off water, when the leaves release water one cell calls to it’s neighbour, ‘I’m thirsty’.  It’s as if this call goes from one cell to another all the way down to the root’

Say, ‘We know the instructions that was given to the water, downwards and sideways?

‘We think that it is the pushing in the root and the pulling in the leaf, that enables water is able to rise through the plant to the very last leaf’

We tell an impressionistic story of the function.

We emphasise the need to protect the bark, giving information about non-visible features for the first time.  We stress that the living parts are near to the surface and so they mustn’t be damaged, while stressing that even the dead cells help the living cells, keeping the tree upright.

Later you give the terminology

Give the parts later, Phloem, Xylem and Cambium

Variety of types of stem with the leaves removed, knife and chopping board

‘What we are going to look at now is the different kind of stems,

‘Another type of underground stem is called a ‘corm’’, e.g. crocus.  ‘The food is stored in an undifferentiated mass, it does not have the same internal structure as the bulb’

‘ A ‘tuber’ is another kind of underground stem’, show a potato

‘A ‘rhizome’ is the last kind of underground stem’, these are long and narrow underground stems with roots on the lower side and stems on the upper’ show a ginger, or Lily of the Valley

We also have ariel stems,

Not all stems live underground, if we look outside we see stems of plants like the oak, the rose and the sycamore, these are called ‘erect stems’, they need no support, they are strong and tough.

Stems which are too weak have to climb and some are too proud to ask for help, like the sweet pea, they send out little tendrils, to find something to hold onto, these are called ‘climbing stems’.

Other stems aren’t so shy, they wind and twine around their neighbour, these are called ‘twining stems’ like balsam and clematis

Other stems use hooks, plants which use these are called ‘climbing stems’, for example wild roses and brambles, see how these are curved.’

Show Chart N which has the tendrils climbers and hooks

‘Others are too weak to climb by themselves but too proud to ask for help, these run along the ground, these are called ‘procumbent stems’, from the Latin ‘pro’ forward and ‘cumbiri’ which means to bend.’

Look outside to identify stems, especially look for trees which have been cut.

Introduce the Nomenclature for the stem. 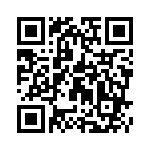