First Presentation – The Study of the Article

Article Grammar Box II Noun and Article grammar box, filler box IIA, with long cards ‘a tree’ and one copy of the three articles, ‘a’, ‘an’ and ‘the’ symbol box.

An exercise for two children, bring the symbol box.

Begin with an oral introduction, asking the children what nouns they saw on the way to school, in the garden, nouns to do with writing, ‘So are you really, really listening, Helen please bring me book…thank you very much, did I say it right, did I leave something out, what should I say?’ (a, the). Give another example with a consonant noun, then give more with vowels and consonants. ‘It really seems as if these little words, ‘a’, ‘an’ and ‘the’ seem to go together with the noun’.

Ask the children to shuffle the nouns and long cards.  Then to select and read a long card, then read the noun and article cards, finding the matching ones.  They place them beneath the long card and place the symbols.  After checking, turn the long card face down and the article and noun card back in the pile to choose from.

Work through the long cards, using all of them. Leave one example of each article.  Then review, giving the lesson.  ‘Remember we said that one little word, that tell you if we are speaking about one, or many.  Can you see the little parts here? (a, an, the) these are called articles, the article is the little word that goes with the noun.  Move the cards in the grammar box to revel the word ‘article’. Give a loose three period lesson, asking questions like, ‘Can you see a noun? Can you see an article, How many articles can you see, What is this?’ – pointing to articles and nouns.

Tell the child she can now work with IIA1 and IIA2

Putting away -Keep the grammar box cards face down

When introducing use filler box A, containing two sets to allow for repetition, there are four filler box in total for the children to work with later.

The Noun and Article grammar box is called IIA because it is subdivided into two.

The oral introduction helps to place the lesson in the context of other work.

After the introduction to the naming word.

Classification of the article

Ask the children, ‘Who is in charge of the government?  (Prime minister) We only have one prime minister at any one time. Who is on charge of America (The President) How many Queens do they have in England? (one) We say, ‘The Queen’ because there is only one, How many bead cabinets do we have? (one) We say, The bead cabinet because there is only one bead cabinet in this room. How many chairs do we have? (many) We say, ‘a chair’ because we have many chairs. How many tables do we have? (many) we say, ‘a table’ because we have many tables. We say ‘a’ when there is one of many. When we talk about things with a,e,i,o,u we add the ‘n’ to ‘a’, so we wouldn’t say, ‘a apple’, we would say, ‘an apple’ and ‘an orange’. Long ago ‘an’ was a numeral in Old English meaning ‘one’, we already know that, ‘a’, ‘an’ and ‘the’ are articles.  When we use the article ‘the’ meaning one we call it the ‘definite article’, when we use the article ‘a’ or ‘an’ from Old English meaning one of many we call it the ‘indefinite article’.

Ask the child to read the card, ‘the’, and ask, ‘is this definite or indefinite?’, continue with many more cards each saying either ‘the’, ‘a’ or ‘an’.

Next take a pile of black cards with nouns written on and read one card at a time and ask the child to decide if they want it to be a definite or indefinite article and place it.  The child could choose either.  As there are an exact number of article and noun cards, towards the end it becomes necessary to make some changes so that they are all suitable.

Ask the child to place the symbols, small light triangles above the article title card and a large black triangle above the noun title card.

Read all the cards.

Children working with grammar books might be presented as a weakened form of the demonstrative adjective, like that or this.

After the study of the article

Consider articles in other languages the children are learning 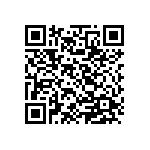