Presenting the Study of the Adjective

The first two presentations can be done with any of the short chains form the bead cabinet and  corresponding tickets.

Presentation to at least two children

Ask children for ‘a book’ and then explain that it is not the one you wanted, until they ask which one, ask the child, ‘How did you know which one to get me…I told you the special word to describe the one I want’. Give more examples, e.g. request ‘a pencil’.

Show the child where the grammar box is kept and ask the child to arrange the long cards, and shuffle them.  One child reads the first phrase from the long card, ‘The red book’, one child makes the phrase with the cards and the other child gets an example from the environment.  Then the child reads the second phrase, ‘the black book’, ask the children, “What has changed?’ (red has become black). One child changes the adjective card and the other child exchanges the object for another one.

The symbols are placed over the cards, ‘We use dark blue triangles for the words which describe which object we mean’.

Remove the cards which name the parts of speech from the Grammar box, revealing the adjective last.

Recap all the forms of speech, asking for an article, adjective and noun.

After the children have been working with the part of speech for sometime, join them and demonstrate transposition.

We give an impression of the function of the adjective as something which always changes.

For children familiar with function work from the Casa no introduction will be needed, if they have not extend the oral introduction and introduce the symbols a day or so before presenting the grammar box.

At Elementary we transpose, moving only the part of speech we are highlighting

The child can continue to work with all the filler Boxes but IIIF, that will be shown later.

Bring out the chart for the noun family and name all the characters, the noun, article and adjective.

Command Cards for the Adjective

The adjectives that are the subject of the command appear in bold lettering at the top of the command card and in the text itself.  There are small loose brown cards, one for each adjective in bold.

English also has interrogative adjectives that are not featured in the material (which, what).

The scientific command cards must be done with the children.

These are given to a group, say, ‘Today we are going to look at these, these are called command cards, they are command cards for the adjective, do you remember about abbreviations, it says ‘adj’ for adjective and ‘C’.  for command, they are numbered all the way from 1- 18, let’s check them.

I am going to taken out the first one. Ask the child to ‘read it and perform it’

And then read the sentence on the command card.

The children continue working with the envelopes, ask them to come and find you when they find ones which are not qualitative.

Classification of the Adjective

The adjective classification chart.  The brown cards and command cards, a basket

Remove the adjective cards and mix them in a basket.

Show the adjective chart, read the types of adjective and explain what they are

Read an adjective from the card, e.g. ‘large’ and ask the child, ‘What kind of adjective do you think this is?’ (qualitative) Place it on the chart

Continue in the same manner, building a long list

To put away follow the abbreviation on the back.

To classify adjectives and be aware of the terms.

There is no control of error, this is a reasoning exercise, with the child’s own knowledge acting as a control.

The children can continue this kind of activity, writing lists of kinds of adjectives if they wish. 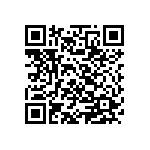