All of the materials for Sensorial Activities are purposeful, developmental ones, they should be handled in a way which acknowledges their essential property, to help refine the senses and intellect.

By pairing the child identifies two objects with the same quality from a series of different objects, this is more simple than grading where the child must find two similar objects from a series of objects which have a range of qualities.  It is easier to see differences than similarities and to find the pair it is only necessary to recognise ‘sameness’, not to fully understand a property and its range of qualities. However, even if all of the information is not fully taken in the ability to pair demonstrates to the adult, that the essential property has been recognised by the child’s conscious awareness.  It is a task that is likely to be achievable as it uses the two most readily distinguishable objects from the set.

Members of a set are arranged according to their increments, similar ones are closely compared and the one at the desired extreme is isolated, until they run from long to short, wide to narrow, small to large in sequence.  This is helpful in developing an awareness of the infinite intensities of each property.  Grading is shown after pairing has brought conscious awareness to the property.  To grade the child must be able to compare and judge the distance between differences and similarities.

The requires the ability to separate identical, similar and different qualities from each other on the basis of one essential property. 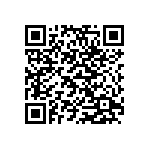