The flaps of the press button frame are made of cloth, the edges of the right flap overlap the left flap.  Along the left flap is a series of cavity holes, (the thread of which cannot be seen on the ‘good’ side).  Along the open edge of the right flap are a corresponding series of studs, placed 1 centimetre from the edge.  There are five or six equidistant press-studs in total.

Another frame with large press studs made with flaps with a different type of cloth should be available, for example one which is similar to those used for jeans 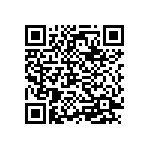