In the ‘Advanced Montessori Method Vol. I’ p.258 (Clio), Montessori states, the essence of moral education is given in the loving environment, no-one can teach it, to perceive the difference and know it are not the same thing.  She says that while preparation in the first plane key is vital, in the second plane the moral question becomes of immense conscious interest to the child of the second plane.

Education during the three to six period is a response to the minds ability to absorb behaviour, customs, attitudes, in the small unit of the family, having absorbed it they practice and reproduce it.  Hence in Casa we give Grace and Courtesy, helping the child have the skills to meet his needs in a socially acceptable way and feel confident and well regarded. By the end of Casa children have reached a level of physical independence, are helpful, patient and  kind, they  see themselves as individuals, with a sense of their own inner life and a clear intuition into what is acceptable by their group.  They reach a cognitive stage where they can experience the difference between self and impulse, before this age they cannot always distinguish the difference and need to be indirectly redirected by the adult if the consequence of the impulse is unhelpful to others.  The child leaving the Casa will ideally have become able to be obedient, that is give up what is immediately satisfying in order to follow the instructions of a ‘trusted other’ to discover that which is more enriching.

In ‘From Childhood to Adolescence’ (Clio) p.5, Montessori says, the passage is one from the sensorial, material level to the abstract.  The need for abstraction and intellectual activity, understanding the relationships between objects is important for them, a turning towards the intellectual and moral values occurs at this age, the child has an inner sensitivity for the conscience, his mind is undergoing an evolution towards judgements of right and wrong, good and bad. Later the moral problem becomes much more difficult unless the child is helped, during this period when he is interested in justice, the failure to recognise this fact engenders a false idea of justice.

In ‘To Educate the Human Potential’ (Clio) p.4, Montessori says, the child no longer absorbs impressions with ease but want to use his own judgement, there is nothing more difficult than to teach morality to a child of this age, an inner change has taken place, no only does the child have a hunger for understanding but wishes to understand morality for himself, with his own ‘inner light’.  In ‘AMI Communications 1971‘ No.4, Montessori says, the child of seven enters the abstract field, he wishes to know the reasons, what is good and what is bad, why he is bad and what it is to be bad’.

Montessori felt that the sensitivity towards moral development at this time goes beyond an intellectualisation and towards the establishment of conscience and the concept of justice. 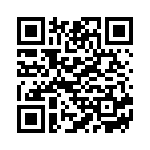