There are five Cosmic  Stories.  They are given in dramatic, impressionistic story form, personification of the elements to portray a sense of mystery, to have a psychic function which arouses awe, admiration and interest.  They can be given to the whole class, depending on the particular group, it is a good idea to inform the children that you intend to tell the children a story, without saying what it will be about, in a few days time.  This builds excitement, the children can anticipate the story choosing to listen or participate, older children may wish to complete or begin new work.  There aim is to ‘set the scene…give an overall picture…open up a door (Mario Montessori).

Some of these Stories have special equipment.

There are no pre-requisites for hearing the Cosmic Stories, they are to stimulate interest (but will stimulate more interest for children who are prepared).  The stories are designed to psychically meet the needs of the child in this plane (aged six and above) in terms of imagination and intellect.  Neither are there specific follow-ups for the children to work with, we don’t require a specific response but observe emerging interests to plan key lessons, providing books, Key Lessons and visits to facilitate the child’s learning, the adult becomes a ‘story teller of truth’.  These stories are told in the early days of class to set the scenes and provide a holistic vision, the details of which can be picked up later.  The stories should be told in their entirety.

The God with No Hands opens up all of the work at elementary, as everything that exists relates to the Universe and has a part to play in its totality.  The Story Coming of Life uses the scene that has been set by The God with No hands, to follow the Timeline of Life to follow evolution, giving a general overview, this Story opens up the work in Biology, History and Geography.  The Story of the Coming of Humans, the third Great Story, opens up the area of Cultural History, Pre-History and Recorded-History, it tells how the Humans are different from other creatures because of their special gifts.

The Story of Communication through Signs and the Story of Number draws the child’s attention to the inventiveness of Humans and the inventions they were able to make with their special gifts, creating what was not there before (supanatura).  They developed a means of communication which went beyond speaking to people who were present, to recording their ideas for people who were in different places and would appear later in time.  Giving this Cosmic Story, opens up the areas of Language up to the Children, beginning the Chapter of ‘History of Language’.  The Story of the History of Number is introduced a little after the Story of Communication through Signs to open up explorations into the people who invented Arithmetic and how they did it.  We stress how people used what was in their environment to record quantity, using an agreed system to count.

In ‘To Educate the Human Potential, Montessori writes, ‘When we propose to introduce the universe to the child, what but imagination can be of use to us?’

Key lessons are  distinguished by their  psychological characteristics, they present keys to the mind, allowing the child to developing on her own, following her own tendancies, by firing the imagination.  They take up the details item by item, taking up one detail at a time and allowing the child to pursue what they do not know, they give the child a time to pursue a difficult concept, which can be a barrier to the minds further understanding, as Maria Montessori said, they give what is sufficient and are limited to what is necessary (abridged, Mario Montessori).

Once stimulated by the Great Stories children want to go further which necessitates the giving of Key Lessons to groups or individuals, they are the lessons the child needs to be able to explore on their own concepts such as Rotation and Revolution in explaining seasons and day and night.  They are limited so we give only what is essential to the understanding of a concept and be independent, they should not explain a concept that the child is capable of realising by herself, as the aim to to serve the child’s intelligence. Therefore careful attention needs to be used when giving supplementary material, a minimalist approach to isolating the principal continues to be key.  Matching exercises are NOT for elementary children as they engage neither the intelligence or intellect.  The key lessons give the child sufficient ability to orientate herself in a new faculty, without answering the questions for her so that she is prompted to work for herself.

Key Lessons include the following 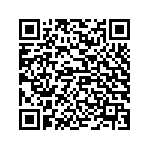