In the first plane the child’s mind absorbs directly from the environment, between 0-3 the child takes in information unconsciously.  Between 3 -6 years she  begins to direct her conscious observation, deliberatly  gathering information from her immediate environment through sensorial impressions and by interacting physically with it.  Doing so she explores her physical environment and social relationships. The first plane,  emphasising sensorial and motor abilities is based on concrete experiences.  During the second plane  the child uses his powers of imagination enable him to understand wider concepts, which cannot be so directly experienced. Imagination helps the child to develop moral and intellectual reasoning and apply concrete knowledge more widely, eventually to the whole universe.

As educators we now appeal to the imagination rather than the senses and call the child to use his imagination.  While the hands play a vital part the child is now mentally handling ideas beyond her physical grasp and therefore the reasoning imagination must be used alongside the hands. Now the imagination, formed by real experiences builds the intellect.  In ‘The Child, Society and the World’, p.48 Montessori states that we cannot make discoveries without the imagination, all theory and intelligence comes from the minds ability to imagine something, therefore, ‘we must not give knowledge coldly’. We give the child a version of reality suitable to the child’s developmental level, a reality that is alive and emotionally engaging as well as intellectually appealing.

In the Elementary classroom the child is invited to take in the whole Universe, in it’s totality, to do so requires a reasoning imagination capable of understanding the parts of the living and material world and synthesising them, seeing the relationships between the, in order to understand the Cosmic Plan. When the children are aware of the Cosmic Plan they can use their imagination to discover how they relate to it, to find their role in the Cosmic Plan, this is their ‘Cosmic Task’, they need an imagination to see the difference between what is and what could be.  By contributing to the Universe by performing their comic task the children create ‘supranatura’,  humanities contribution to the cosmos.

In Chapter 2 of ‘To Educate the Human Potential’, Montessori describes how we, as educators, cultivate the imagination by presenting grand ideas.  These ideas, which  have a basis in reality are described by the educator in rich, symbolic language and personification to form stories to be enjoyed by children.  The ideas and aspirational language may be beyond the child’s literal understanding but ignite a deep interest.  These stories may be illustrated by charts and experiments which appeal to the imagination of children, while informing them of a reality.

In ‘The Child, Society and the World’, p.18-19 Montessori states that, “imagination is the greatest power of this age as we cannot present everything, [we give] grandeur and mystery [which the child can] reconstruct the whole when he knows the real detail…imagination doesn’t become great until man…uses it to create”. 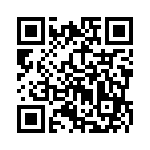