Sound accompanies people all their lives, in individual lives and Human history from nature, the wind and water, the voices of animals, in the ‘Story of the Coming of Life’ from frogs and other animals. In modern life we hear so many noises which are not relevant sounds and block all of the waves, including music and natural sounds, we are not also even conscious of the some sounds which occur around us which are too quiet for us to consciously hear. In child physical development the foetus heart begins to beat in response to her heartbeat, we could say sound begins life. As the foetus can hear higher pitches they hear the mothers voice more than the fathers. Our relationship with sound begins at a very early unconscious stage.

Young babies can be introduced at a sensorial level to many kinds of sound. In the ‘Advanced Montessori Method I’ Montessori states that, while great musicians exemplify

Miracles of intelligence which cannot be grasped by simple processes of reasoning…[nevertheless every man has the opportunity to] develop scattered crumbs of gold [of musical intelligence] wherever there is peace…there is nothing in the intellect which was not first in the senses.’ (p.189)

Montessori goes on the state that if the true basis of reality is in perception, grounded in observation it is necessary to help the have direct experiences so that they can build their imagination. Imagination based on truth, concrete experience, the work of the intelligence is not limited to reason and observation but also to exalted feeling and the ability to connect ideas in the abstract.

The Development of The Montessori Musical Curriculum

Unlike the Sciences this was not Maria Montessori’s area of training, instead she worked with Anna Maccheroni who heard her lectures on Rome and worked with her in a Casa, she took the Montessori training and developed the Music programme with Maria Montessori, especially the Bells and the Tone Bars, she went on to write two books, a biography of Montessori, ‘A true Romance: Montessori as I knew her’ and a book of psychomusic.

In the biography she writes,

The tone bars are one of the cleverest pieces of apparatus…I said to her, you have arranged the multiplication tables to get all of them on one bars, [I asked Maria Montessori to] do something for the scales… [Montessori] at once planned the board with while and grey slips to make the intervals and the sequence of tone bars on it, do not mix them up, [Montessori said] just push them along so that you get any key that you want’

Montessori developed the programme with four main stages, Scales, Writing Music, Sequence of the Major Scales and Rhythm, which included singling, giving stories and the scientific investigation of sounds were ideas and developed by others later. Music was an element of the Curriculum disrupted by the War, it was later built into its modern form by Jean Miller working with the AMI while doing her Doctorate. It follows the Montessori process of offering keys (especially the four main stages above) and a concrete experience for the child develop their own work. Again the difficulty is isolated the child has a control of error so that they can be independent.
### Principals for teaching Music

We can begin thinking about music with Montessori’s identification of music as a Spiritual need on the ‘Fundamental Needs Chart’. We give music like language with three stages, an oral, written and then reading stage. The oral stage involves improvisation and experience of making music, it does not involve the knowledge of keys. The written stage has a Moveable Alphabet with the learning of notes and finally the reading stage, this has parallels with the Suzuki method.

Music should be an integrated part of the Montessori Classroom, playing the bells and tone bars can happen alongside long division and experimental work. The adult’s role is to give the freedom for children to work with the material and connect the child with the prepared environment. It is necessary to sing with the children daily even if you do not feel that you are ‘good’ at it. Introduce short exercises, so that they can get a feel for it, they develop pitch awareness in relation to the child and their peers and the bells.

The Music programme begins with the Bells, giving a sensorial exploration and then written exposition, introducing singing, movement and listening. Later the child works with the tone bars, having first a sensorial introduction and then experiences with the sequences of major and minor scales and key signatures. Stories and a scientific investigation of sound run alongside all of this work. 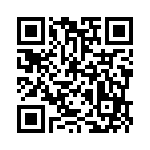