Notation with the Bells

The bells with the green boards for learning the degrees of scale and musical notation.

The children must know the names of the notes.

Here we aim to connect the name of the note to its name and show the children how to write it.

Say, ‘Here we have a small line’ (indicate it, at the bottom right) ‘this is called the ledger line, it helps us to write notes when we go above or below the line.’

Do a loose three-period lesson.

Repeat this on a board, drawing them. Also introduce the idea that ledger lines can be at the bottom right, top left or wherever musicians need it. Tell the child it is possible to have more than one, draw three, giving them the terms, ‘first ledger, second ledger, third ledger’, (the first ledger is always nearest the stave).

Introduce the G-Clef, say, ‘This is the G-Clef, musicians a long time ago just wrote a G but then over time musicians used their imagination and made it so beautiful, its name clef means ‘key’, it is wrapped around the second line from the base. (place the G-Clef onto the green board in the appropriate place).

Show the children how to draw it by drawing it onto the Stave you have created on the board. Give the children a copy and invite them to trace it.

In English, the G-Clef is called the ‘Treble Clef’ to refer to the high pitched treble singers who sing in the key of ‘g’.

The term ‘Stave’ can be used instead of ‘Staffs’.

It is also possible to give the terms ‘do, re, me’ which comes from the Gregorian chants, the ‘do’ is the first note of any scale, it is not a fixed note but it can helpful for learning from the fixed scale of ‘C’.

Introducing the notes on the Numbered Stave-board

This is to introduce the names on the numbered stave and to associate the names with the proper places on the staff using the G-Clef.

Play the bells in sequence, higher and lower on the different sets of bells.
Show the children the white discs with the names of the bells and invite them to match.
Read the names in order to reinforce it.

Say, ‘Today I am going to show you how to write the name on the Stave, we will start from one and go to eight, I have here some discs with the numbers on them’. Place the black discs with the names up. ‘First, we need to place our key, without it the writing doesn’t mean anything’, place the G-Clef.

Take the black disc ‘c’, and read ‘c’, play the lower bell marked with the white disc ‘c’, then turn the disc over and read the number and show the child where to place it on the ledger line. Next, take any disc and keep placing, counting the number of lines and spaces from the bottom.

Draw the child’s attention to the line of ‘G’ where the G-Clef sits.

Introducing the notes on the Unmarked Staff/Stave-board

Memorisation of the names of the notes with the proper places on the staff using the G-Clef.

Play the bells in sequence, higher and lower on the different sets of bells.
Ask the children to place the white discs on the brown bells.
Place the G-Clef as before.

Say, ‘Today I am going to use all of these white discs’, take one, place it and play it. Read the letter out loud and use the control chart to help place it correctly if necessary. Also show the child how to use the ledger lines to go above or beyond the lines on the green board. The children place the white discs so that they look blank

When the children have finished turn the discs over and comment that the discs on each line are all the same, play the note.

The children can do this by themselves later, using the Control Chart and Nomenclature material.

Here we only want the child to use the notes on the control chart.
The children can now compose with the green board and white discs or with the bells.

Children can work in groups to represent slips from ‘the broken scale’ or White Boards with white discs on the green board or play them. Show the children how to play from these if they need prompting.

Material Description:
Full set of bells arranged on the keyboard
Small box of black discs with the notation for sharps and flats
Eight white discs to label the bells

Bring out the five black bells and their brown equivalents.

Play all the bells in sequence, higher and lower on the different sets of bells.

Give more examples in the same presentation or a few days later.

The black discs show both the names of the sharps and flats.

Later we will connect this with the tone bars.
Show the children the sharp sign ‘#’, flat sign ‘b’ and natural.

Notation for Sharps and Flats

Signs for sharp ‘#’, flat sign ‘b’ and natural.
The unmarked green board
The G-Clef Eight white discs to create notes on the board

Show the child the symbols for sharp and flat and ask them to identify them. Place the G-clef and two or three of white discs, identify the note. Now show how the flat and sharp signs can be used to modify the meaning of the notes, place the symbol to the left of the note.
Lastly show the ‘natural’ sign which means that the note isn’t a flat or a sharp anymore, so they show the sign natural. Say, ‘All of these signs together are called ‘accidentals’.

When the children are familiar with the unmarked Green boards they can begin composing their own music. They can place the discs on the green board when designing their piece and then play it on the bells. Later you can introduce the child to bars to divide their music, show them the double bars and ‘fine’ sign when they can identify the time signature.

They can play games making the noise of running up the stairs, catching a ball and other movements.

The adult can play a short piece of music and the child can identify what she has hears and represent it using white discs and the green board.

When children can read well they can use longer pieces of music than the Green boards or ‘broken scale’ to play a short jingle. 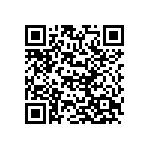