Note: A tuning fork that is marked A 440 means that it vibrates 440 times per second. This is the sound that is played by the oboe before an orchestra concert begins in order that all the instruments may tune themselves to the same pitch.

Striking – spoon on a string

A bell like gong will be heard. The vibrations travel up the string with greater intensity than in the air.

Note: Elementary children will usually begin to explore various items in the classroom environment by suspending them on a string and striking them to see if they will produce a sound. The children could make lists of those that do and those that don´t.

As you blow across the opening of a bottle, the air column inside vibrates, producing a musical tone. With more water in the bottle there is less space for the air column. The shorter the air column, the higher the sound.

Children may play simple tunes (e.g. Hot crossed buns) by ear on the bottles. One child may play by alternately picking up and putting down the bottles as needed or 3 children could play, each having one of the bottles and playing whenever their note is needed.
Note: Be sure to set a policy for cleaning the bottles so children are not sharing germs with other.

4 soda straws or hollow reeds of graded lengths bound together side by side so that the tops are all even and the bottoms are graded from longest to shortest.

The longer the straw, the lower the tone produces.

The more tension there is on the rubber-band, the higher is the sound.

A small musical instrument may be made by placing 3 rubber bands around an open box. By adjusting the tension on the rubber band, the first 3 notes of a scale may be produced. A simple song may be played on the instrument.

Instruments are rally vibrating machines. As they vibrate they make the air around them vibrate, too then the vibration go travelling through the air and when they reach the eardrums of the player (which they do in the tiny fraction of a second) that ear drum vibrates also and that give the player the sensation that we call “ sound”. A fraction of a second later the vibrations reach the ear drums of the audience (if there is no) and then that audience has that same sensation. Nearly all instruments are so made that the player can make them vibrate quickly, which produces the sensation of what we call a high sound or slow, which produces what we call a low sound. 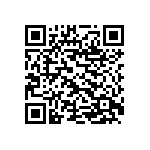