There are three cords of different colours about one and a half feet long, weighed down and joined at one end and attached to a box. The plat should be wrapped around the weight and carried to the working mat for stages 1 and 2, where it is unrolled, for stages 3 and 4 the plait hangs from the wall and should not be removed.

Stage 1 – A heavy box of wood with three cords one half centimetre thick in three different colours, attached to the block

Stage 2 – The second plat is done in the same way as stage 2, on the working mat by the child 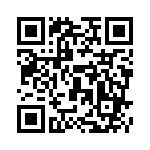