Do you remember how Humans came when everything was ready for them?

What did they need?…yes, air, food, materials, water etc

When they came what special gifts did they have?…. Yes, heart to love, brain to think and imagine and hands to work)

Involve the children as you tell the story, asking questions, while slowly unrolling the mat.

What do you think the people were doing when they began to live on the Earth?

What do you think helped the people do this?

There is a clue on the this timeline, keep watching for it.

Oh! here it is a hand holding something, what could it be? …yes, it’s a special stone, a hand axe, used all over the world by people.

What do you think they could do with it?

What else do you think they could use their hands to do?

Do you remember that we said the people told stories to each other about what happened to them and why they thought it happened?  After a very long time Humans found a way to write it down so that they could record what they did and what they knew and then nothing would be forgotten.

The material is a piece of heavy black fabric measuring 30 centimetres by 3 metres with a  picture of a hand holding a hand axe fixes to the centre and a 1 centimetre by 30 centimetre strip at the end, white marks (2.5 cm long by 2mm wide) appear at intervals of 15 centimetres.  The fabric is wound around a wooden dowel.

The material is used in am impressionistic way to put written history into the context of the whole of human history.   The black fabric represents the symbolic one million years of human history and the red strip approximately 4,000 years, the white markers are used to represent 50,000 years.  The hand axe represents the basic stone tool used all over the globe.

After the three Great stories and the Black Strip, we present the special gift of the Human Hand in more detail now that the Story of the Coming of Humans has been given.

Give the lesson after the three Great Stories and the Black strip.

The children have the time to reflect or answer questions if they wish.

Preparation for the Cosmic Story of the ‘Recording of Thoughts and Ideas – The Story of Communication through Signs’ and later the Story of Number. 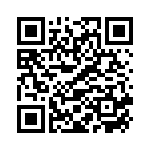