The Clock of Eras

The clock of eras is a chart which is partly factual and partly impressionistic. It consists of a 12 hour clock divided into parts.  Each part is a particular colour.  Some colours are the same as on the Time Line of Life.  The colours are significant here.  Black indicates the absence of knowledge, yellow for the dawning of life, blue for water, brown for land, green for vegetation and life, red for something new.

Now here we have a clock, it really is like any ordinary clock, instead of the black strip we are going to use this special clock.  It’s as if all the very long time that has passed, of History, took twelve hours.  Do you see this black part, the part between twelve and four , we call this the Formation of the Crust, during this time it was very, very hot, by the end of this time the rocks, the air and the water had appeared and the rains began the be able to stay on the earth.

Now, let’s count the yellow part, between four and ten o’clock, that’s six hours.  We don’t know when exactly but some time in here, the little blob of jelly appeared, the one celled creature, we call this time the Archaic Era, this means the time of very,very, very old life.  We’ve only got as far as ten o‘clock, we’ve not finished yet.

The next part of the clock from ten o’clock till  twelve minutes past eleven is the Palaeozoic Era, is the time of old life, this is the time when the animals experimented with life in the water, going all the way up to the time when the fish appeared, very few of those animals are still here today, or they have changed to look very different.

From twelve minutes past eleven to eleven forty-three and eleven seconds is the part we call the Mesozoic Era, Meso means middle,, so this is the time of the middle life, between the Palaeozoic and the Cenozoic Eras.  By now the amphibians had appeared, and this is also the time of the huge dinosaurs this is the time when the appeared and disappeared.  We are quite a long way past eleven o’clock.  The next kind of animals to appear were the mammals, they came during the Cenozoic Era, which means the time of recent life, it is called this because it is so close to the time when humans appeared.

Then we come to this tiny little red strip here, it is called the Neozoic Era, Neo means new, this is the time of a completely new period of life, the time of the humans, the men, the women and the children just like us.  Just look at it, it is so tiny, it is not even a minute on our clock, it is not even half a minute, not even a quarter of a minute, it is only fourteen and a half seconds.  Just look at it, all this time of preparations before the humans appeared, just fourteen and a half seconds ago.  They barely arrive before midnight.  Now they could come because everything was prepared, everything was ready for them’

Notes: To be given to a group

When to give the lesson?

When children can use a clock.

Leave the clock out for a while so that the children can ask questions and discuss it.  Some children might like to copy the chart, show them how to do this with a protractor.

Notes on construction of the Clock of Eras

This work presents an opportunity to allow children to use mathematical knowledge in the construction of the clock.  While visually the clock is accurate, due to the scale,  the figures might be different from more recent research. 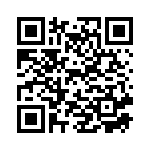