The Story of the Coming of Human Beings – Third Great Stor

Setting the Scene (allowing for the children to contribute)

Do you remember the Story about how once there was nothingness, just a really huge, dark, empty space and how into that space there came a fiery cloud, a bright spark of energy and how all of the universe was in it?  Do you remember how it settled down, very slowly over lots of time?  Do you remember what the laws were which were given to the particles? (gas, liquids, solids).  How the Earth was formed? How it got a crust and how it cooled down? Do you remember that there was a problem, what was it? …yes, the poison. and what was the solution? …Yes, the blob of jelly, the amoeba. And then what happened to the amoeba? (the trilobites, the plants that came on the earth, amphibians, reptiles, birds, mammals).  And what creature came last?..Yes, humans, men, women and children, just like you and me!. And what special gifts did they have …Yes, a brain to think and imagine, hands to work and a heart that could love even people they had never met

The humans had brains that could imagine, they could think about many different things, they could feel the rain, the wind, the warming of the sun, the cold of the night, see a beautiful rainbow and feel scared when it thundered.  They began to wonder about all of these things, because human intelligence always want s to know why things happen.  So they made stories to explain what happened to them and told them to each other.

The humans had a heart that could love, they loved the people in their families and took good care of them, they missed their family and friends when they were away and were pleased to spend time with each other.  But they could also love people who they hadn’t met, they could love animals and plants and care for them.  We can use our hearts to wish that everyone is happy, cared for, safe, that they have enough to eat and people to look after them.

Humans had hands that they could use to hold each others hands, to make houses and pick fruit, to rock the babies to sleep.  Imagine how difficult it would be if we had to use our hands to walk on, how would we get our work done?

Just like these early humans we have a mind that can think and imagine, hands to do our work and a heart to love all the people, animals, plants and places.

Plants and animals were given rules about how they should live, where they could go, what they should eat and when to sleep.  Humans must do all of these things but they can do them in so many different ways.  We can eat so many types of things, today, for breakfast I had …toast with raspberry jam, but tomorrow I think I’ll have some…cereal.  What did you have for your breakfast? (ask a few children so they can see the variety of choices we have about food).  Animals of the same type live in the same place, birds live in nests, foxes live in holes in the ground but people can live in so many different types of hoses and decorate them in lots of ways.  I live in an apartment on the third floor.  Where do you live?  What colour is your bedroom?

Our story began a long time ago, it is a long story and human’s had to work very hard and use their imagination, be courageous and think things through so that they could survive and make homes and care for one another.

The Story of the Coming of Human Beings – Notes

This third Great Story covers the History of Human Beings, both the Pre-history (before written records) and recorded History.

This Story is told as an impressionistic story without aids, to introduce human’s explorations, inventions and achievements sequentially through time.

It is begun with a link to the previous stories, giving an opportunity for children to contribute and see the links between the stories, NOT as a test of what they can recall.

To introduce Cultural History as the, ‘customs, ideas, values, inventions of a particular civilisation, society or social group’.

Knowing about the special place of Human Beings, their special gifts and the efforts made by other humans is important for the development of children’s dignity, helps confidence in their intelligence to grow and makes children aware of the universal needs of humans and some of the strategies they have used to meet them.

After the first two Great Stories and the Black Strip, these put the story of the Coming of Human Beings into the context of the Natural History.

The children are left to reflect, they can ask questions, much of this story will be referred to later with the Hand Timeline. 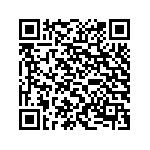