Needlework is a global tradition with regional differences used for many practical and aesthetic persons since early man, to express cultural beliefs and individual preferences it reflects the history and philosophy of an area.  Local materials, colours, techniques and symbols are often used, the colour red representing weddings in India and Good Luck in China, while in the West while is used for Brides in Asia it is a colour associated with death.  In England the image of a crane would be used to celebrate a birth, while n China it heralds death.  In the Shetland isles thick pure wool of natural colours is preferred while in Orissa light c bright fabrics and mirror work reflect local taste.

While often done by women in preparation for the marriage and for care of the home, men have also produced needlework, in the army and at sea for essential maintenance and as a craft in Medieval Europe to demonstrate their skills and culture.  In the West there has been a resurgence in knitting, tapestry and dress making amongst both genders.

With cheap factory produced goods everywhere many people choose to use needlework for the personal satisfaction of completing a handmade garment and because of the process, a quite, repetitive, soothing, yet vital and creative, it can be used to while a way time spent by oneself in a beautiful place, enjoying the silence or with a group of needleworkers, in a busy cafe or even on the London underground knitters meet to share techniques and chat, creating communities based around needlework, a  more recent development from the tradition of passing down needlework from other to daughter, which probably evolved because needlework fell out of fashion for a few decades.  In other places needlework is an essential part of a regions commerce with people living off the land growing, spinning, dying and creating their own cloths with traditional methods for their own use and the craft industry.

While the differences are huge the most useful and basic stitches are used globally, chain stitch, cross stitch, satin stitch being used by many crafts people.  Introducing children of both genders to needlework in the Children’s House is both an introduction to culture, history, geography, awareness of their climate and how their ancestors survived, but it also teaches complex motor skills, co-ordination and develops the Mathematical Mind.  Anyone who has tried and persevered with needlework also knows it develops patience, concentration, focus, allows for repetition and creativity and can be a joyfully satisfying process, done individually or as part of a craft community. 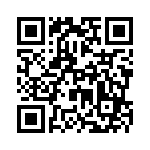