This begins very early in the Nido and Casa. For most of the exercises no material is used, we simply isolate rhythm from the rest of music, by clapping or having simple percussion instruments. The exercises can be given in any spare few minutes, in the same way singing and movement can be given.

Gather a group of children saying, I am going to clap a four beat rhythm and you will watch carefully and repeat. Also try with three beats and other beats.

Give the names of the notes and show how they are written with cards showing one beat measure at a time, describe these cards. Clap the length of the note making a gesture to indicate the time. and ask the children to count with you.

The children will find that there are other notes such as dotted quarters and triplets.

Use these patterns to identify sentences which fit, you can begin using names and sentences about the children.

Words with the beats:

You can count the beat measures to correspond to syllables in names and phrases. Also use the names of materials in the room or lines from poetry. Write the names with the beats underneath, categorise the names in terms of beat patterns. You can use the cards with individual beat measure to write short phrases, have many copies. You can show a pattern and ask the children to identify whose name or a sentence that would fit into the pattern.

Later tell the children that musicians place a bar line before and after the phrase so that they know it needs to stay together.

Have a chart showing notes for four beat measures and invite the children to clap. Have further cards to show the children and ask them to clap or do a demonstration first. To guide the children count the beats before they begin so they feel the pace.

Note:
The charts should all be the same size for the same amount of beat measure.

Drawing the House of Four:

Show children the Bars, introduce the ‘House of Four’ first, show that granny (the whole note) lives in the basement (the first space) as the stairs are difficult. The parents (half notes) live on the first floor (the second space) and there are two of them, the children (quarter notes) live in the second floor (the third space) the cats live in the basement (eighth notes) here are eight (in the fourth space) and the mice (the sixteenth notes) live in the attic (the fifth space). While telling this story draw a picture.

Movement with the four beat measure:

With five children, each child is a different note, whole, half, quarter, eighth and sixteenth. When the whole child takes one step the other children must take the amount of parts but they should be proportionally smaller.

Say, ‘This time we are going to clap the notation and walk on the line at the same time, you can choose two beat measures’. Clap one and then the other as the children walk along the like, also clapping. Change the patterns. Increase the number of patterns, have children going in an inner circle in the opposite direction of the children in the outer direction, later they can have a different beat pattern in the inner circle.

Encourage the children to clap the names of their friends.

Invite the children to make a chart with note patterns and then to clap it.
Clap a pattern and ask the child to identify who has the corresponding chart.
One child shows her chart and all the children clap together. 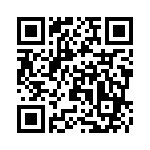